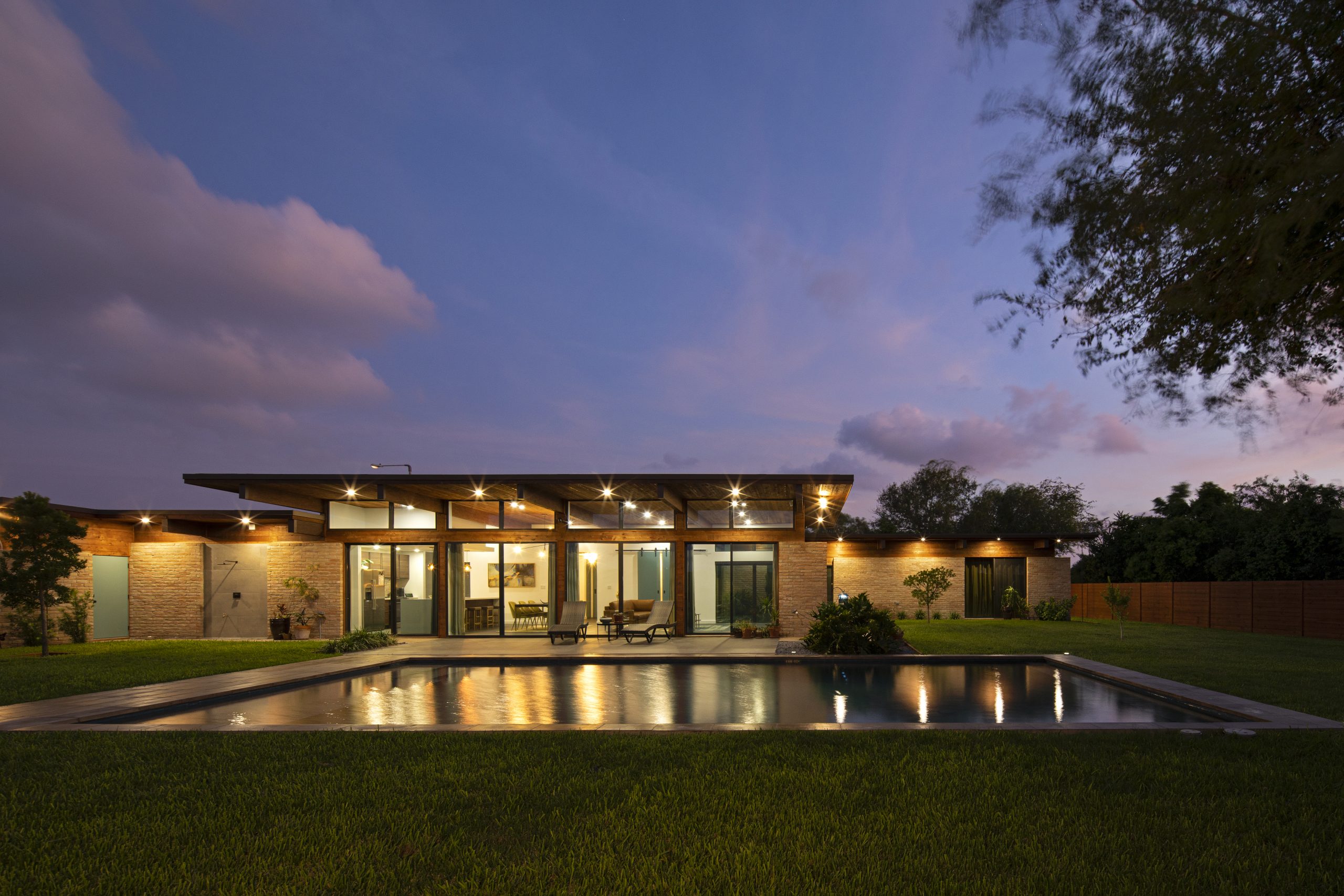 The residence on Dusk Drive is tucked into a corner of an ordinary subdivision and is a direct response to site, and the Owner’s desire for a mid-century modern inspired refuge.  Two simple bar volumes contain public and private spaces respectively, which are joined by a low ‘bridge’ that contains the entry and office which are sheltered on the entry side, and open to unmitigated views from office into the resultant rear courtyard. Oriented to true north instead of the subdivision street grid, the massing and deep roof overhangs mitigate the harsh South Texas sun. The post and beam typology has been evolved to embrace modern building envelope standards and warm regional materials. The low-fired Mexican brick (which is a hallmark of the region), the stained pine ceilings, and engineered lumber beams provide continuity from inside to out. Here, straight-forward architectural strategies provide layers of prospect and refuge that allow an unremarkable suburban tract to become a refuge beloved by the Owner and her three canine companions.