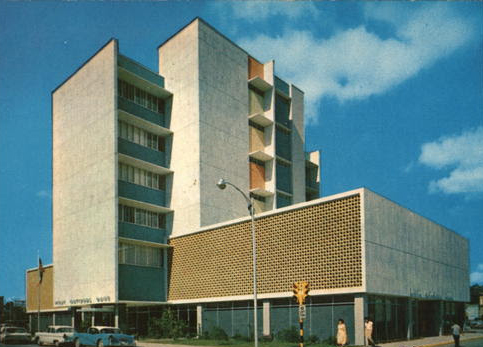 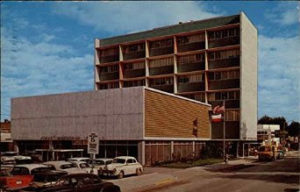 From the Newspaper Archives:

“Hannah Retires from Bank Here,” Brownsville Herald 13 June 1954, p. 1. Moody Interests of Galveston buy control of First National Bank from J. W. Hannah, who purchased bank in 1943 from Hubert R. Hudson estate. Hannah sold his interests to Moodys in November 1953. Hannah was born in Alabama in 1908 but grew up in Oklahoma. Banker in Oklahoma before moving to Brownsville.

In Brownsville, Phelps & Dewees & Simmons were also architects of:

Both Gladys Sams and Dean Porter were directors of the First National Bank when its new building was constructed. They seem to be the link to Phelps & Dewees & Simmons. The senior Lloyd M. Bentsen and his nephew Donald were also directors of the bank, as was Hubert R. Hudson, Jr.

Photos and text by Stephen Fox