Jerry and Susan Stapleton welcomed RGVMOD into their Harlingen midcentury modern home where surrounded by a pristine sub-tropical landscape, they combine casual chic with international flair.

Jerry and Susan have traveled the world and are avid collectors of precious curiosities they cherish as reminders of memorable journeys. Their impeccable taste dictates the placement of each piece around the house to the delight of guests; every piece has a story. They bought this home in 1983. Both love the style of the era and had previously lived in a nearby Alan Y. Taniguchi home. Today, their commitment to preservation is obvious, for their home boasts original cabinetry in the kitchen and bedroom closets along with architectural features such as the wood beams and the paper, asphalt and gravel roof. A previous owner built a pitched roof addition that flows effortlessly albeit the flat roof original structure. 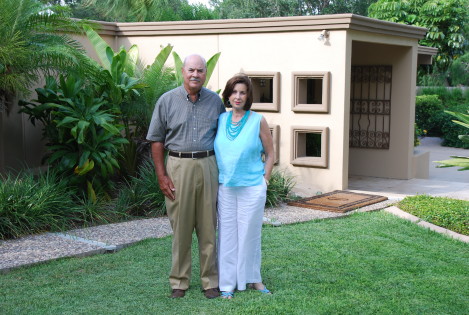 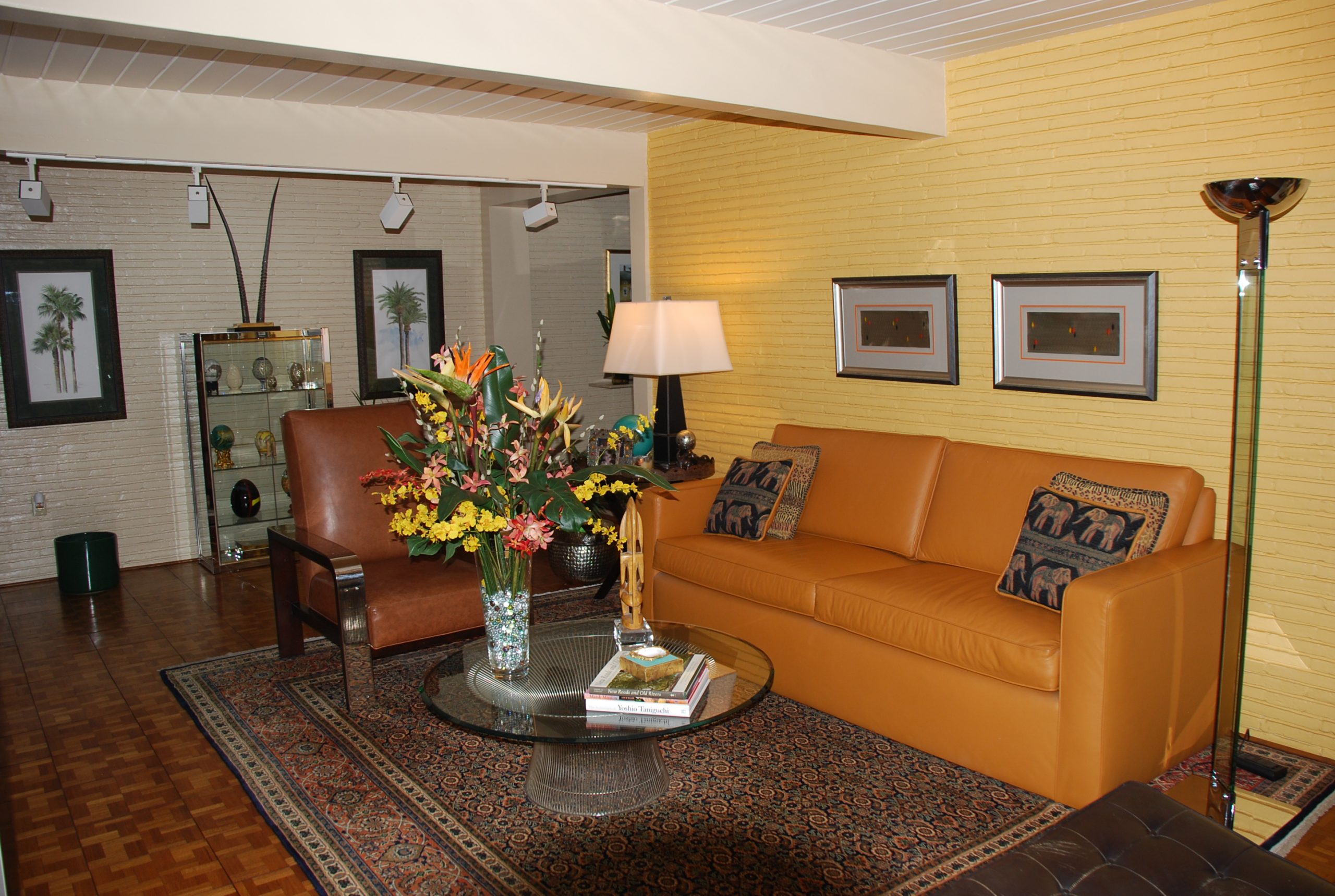 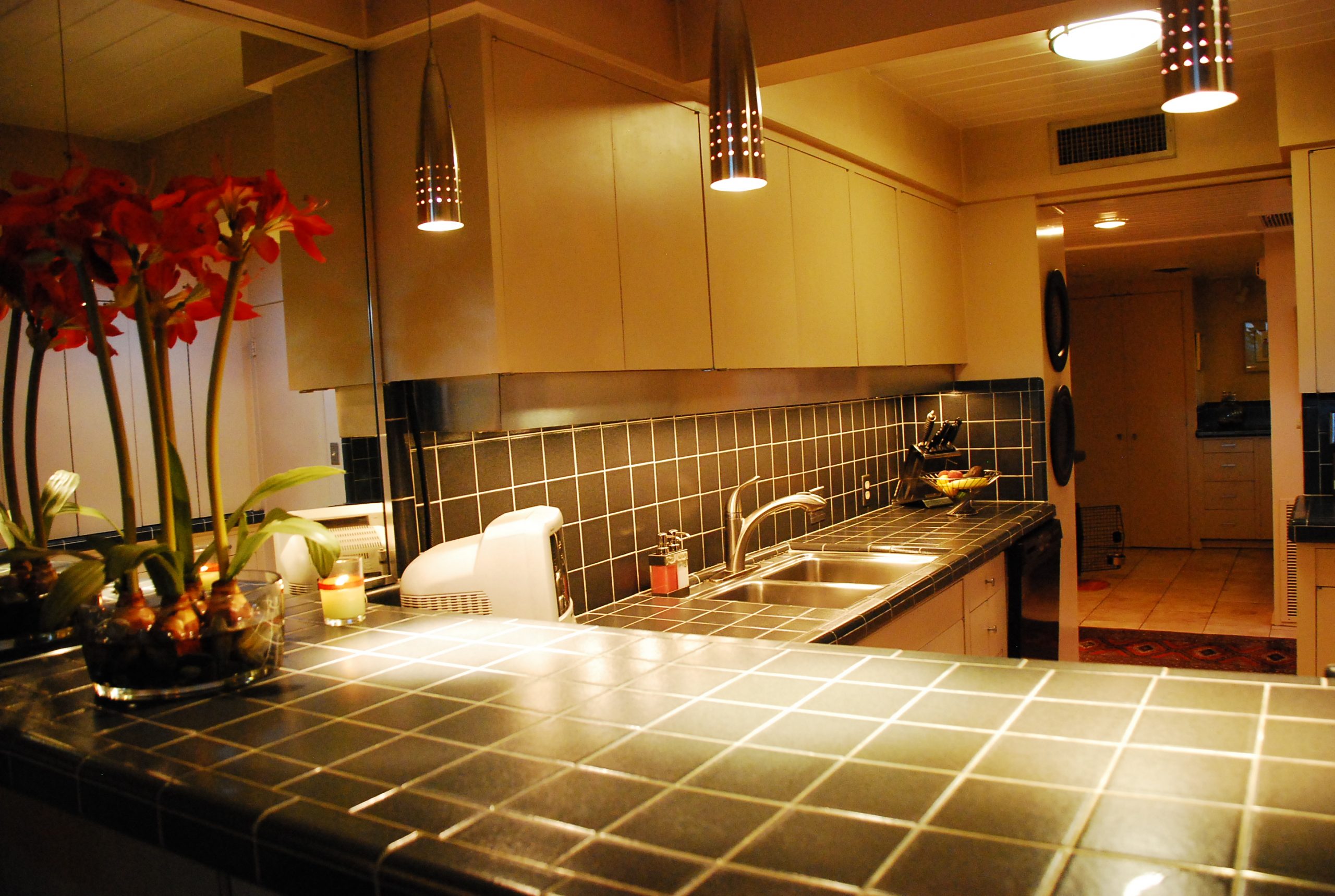 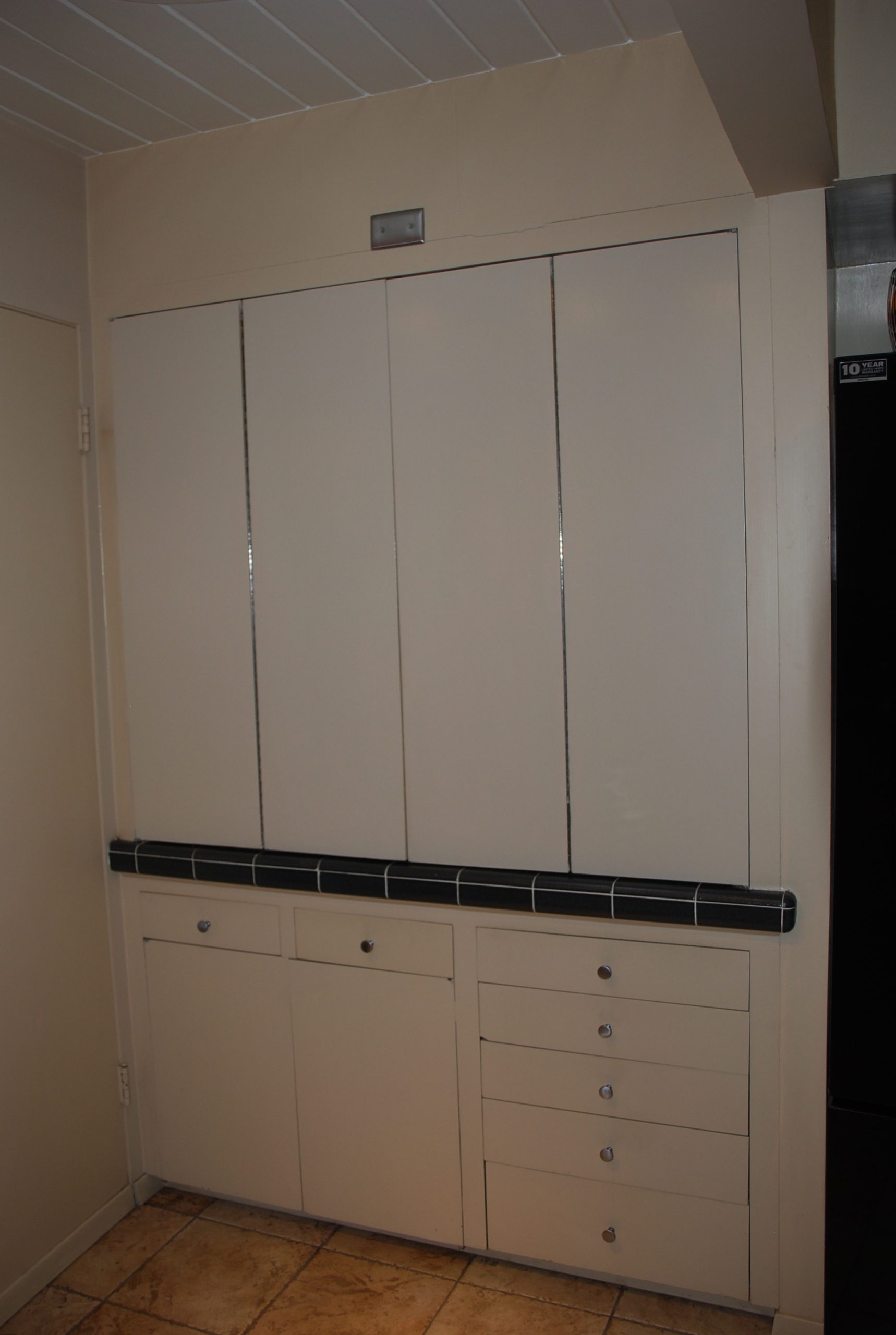 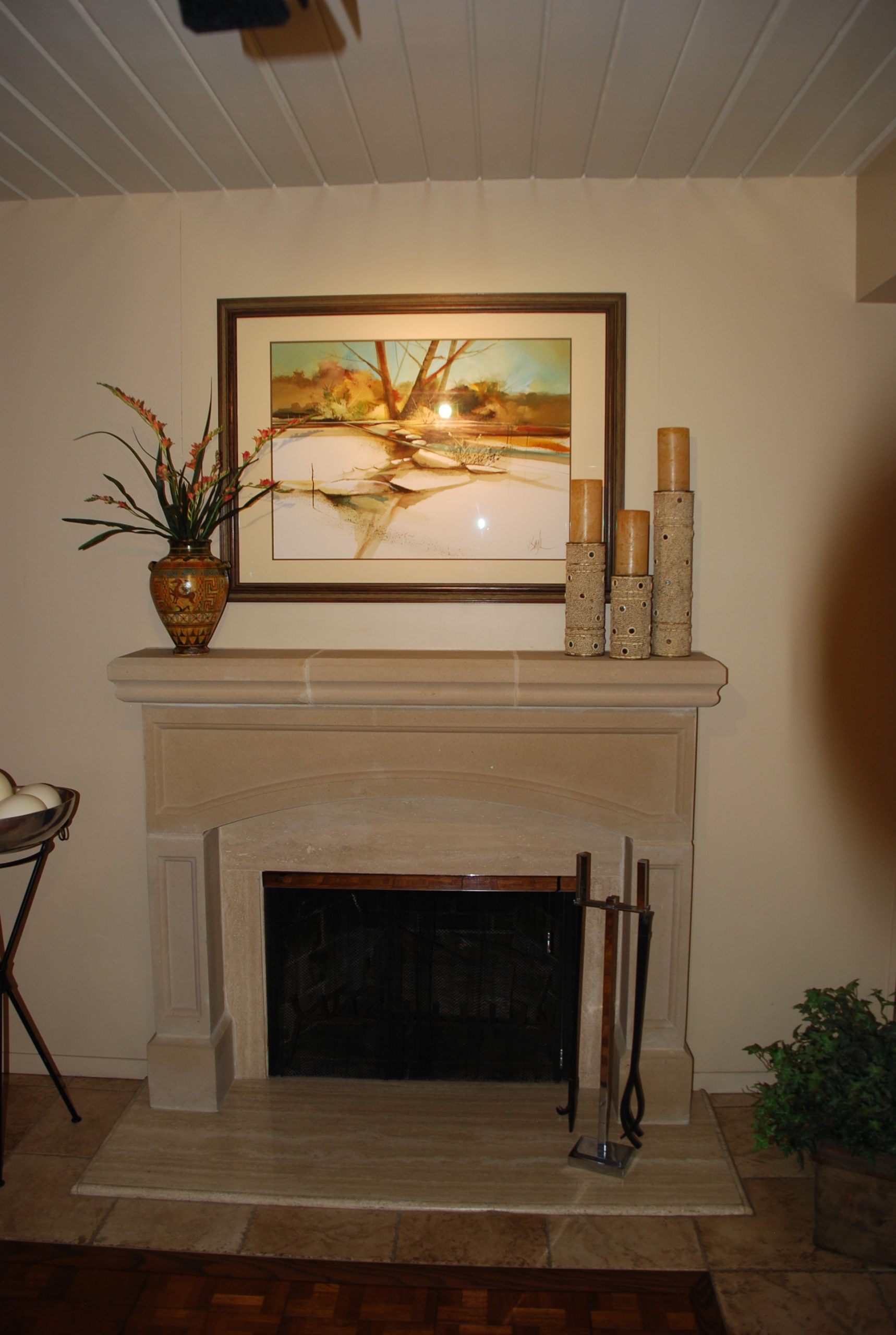 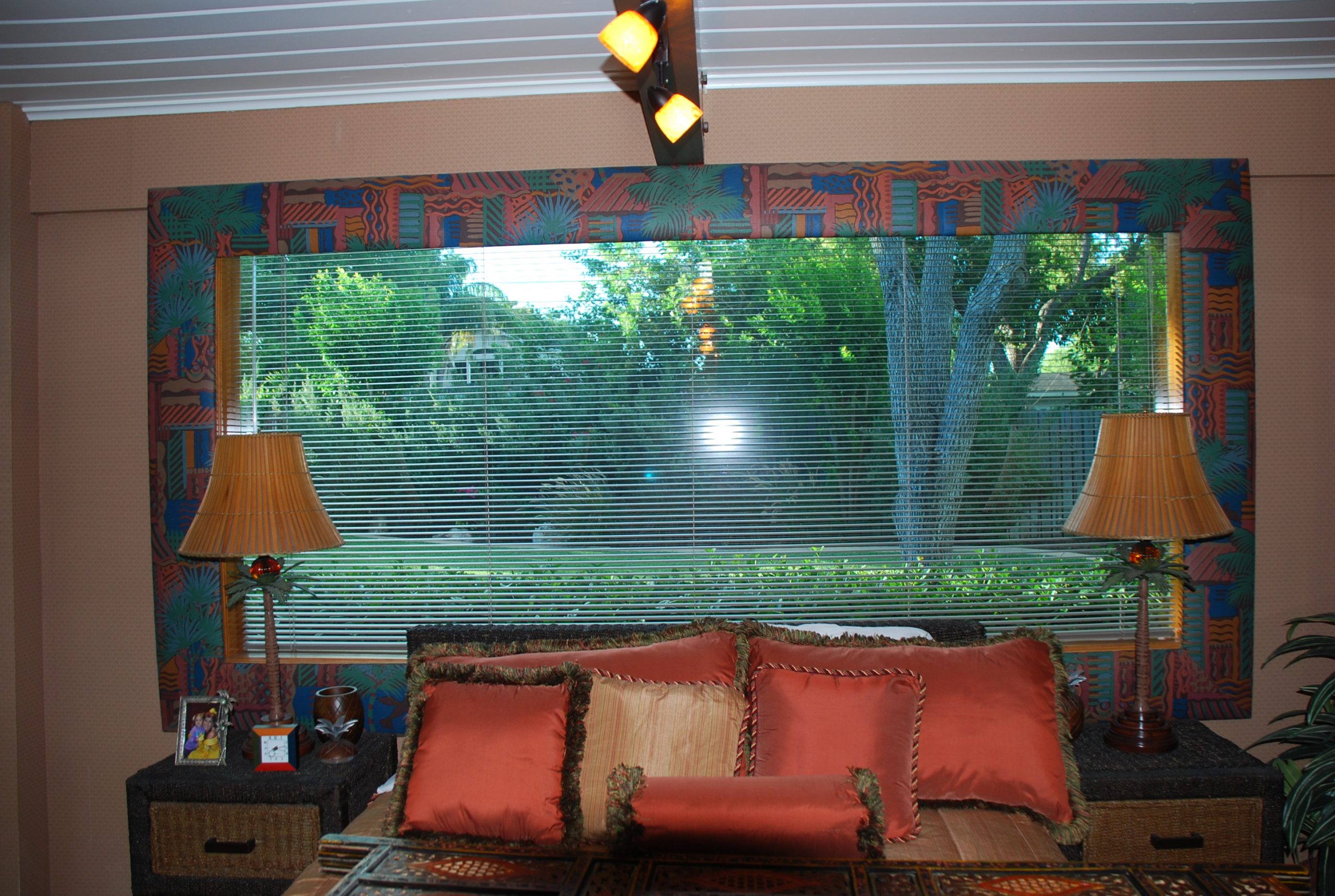 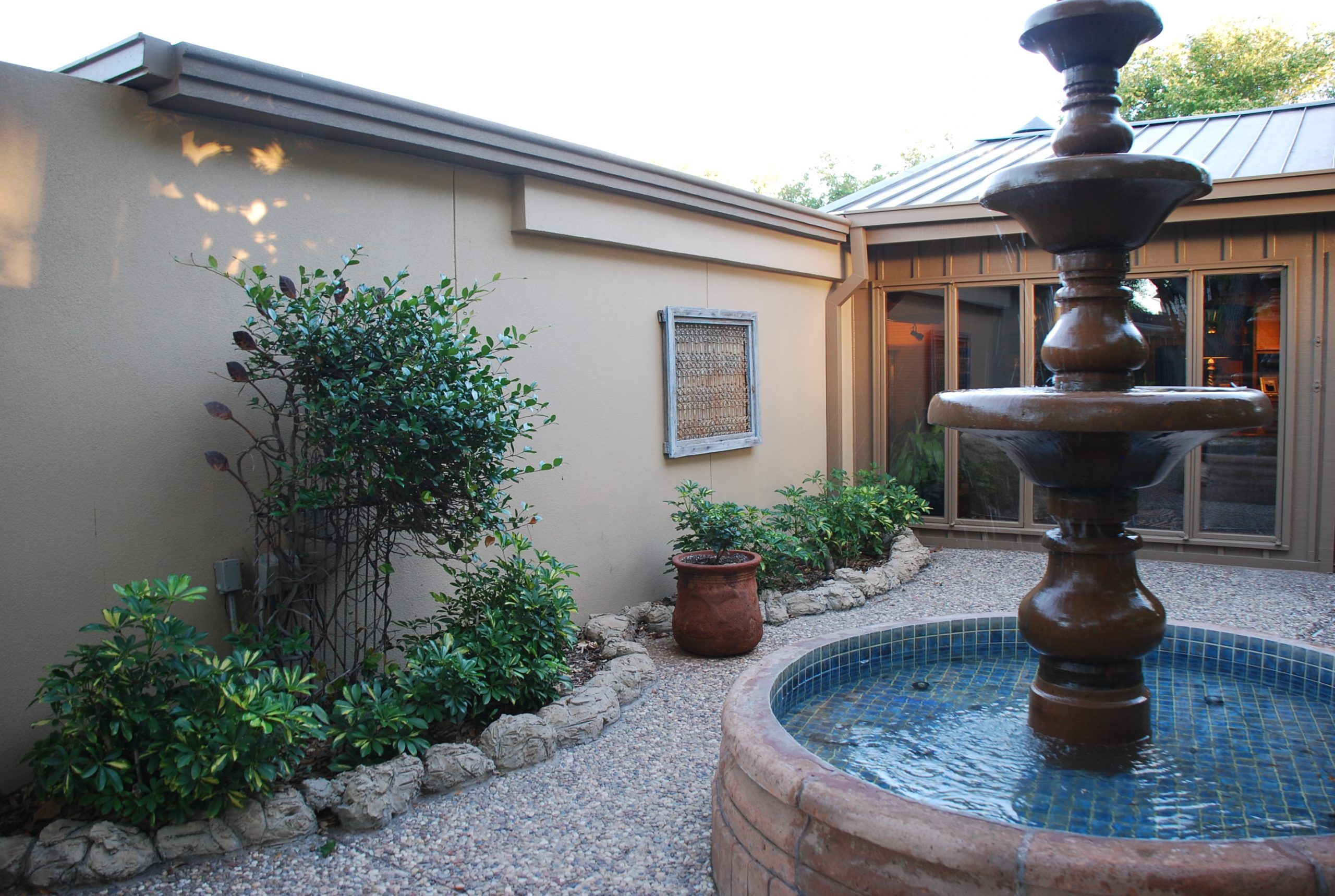 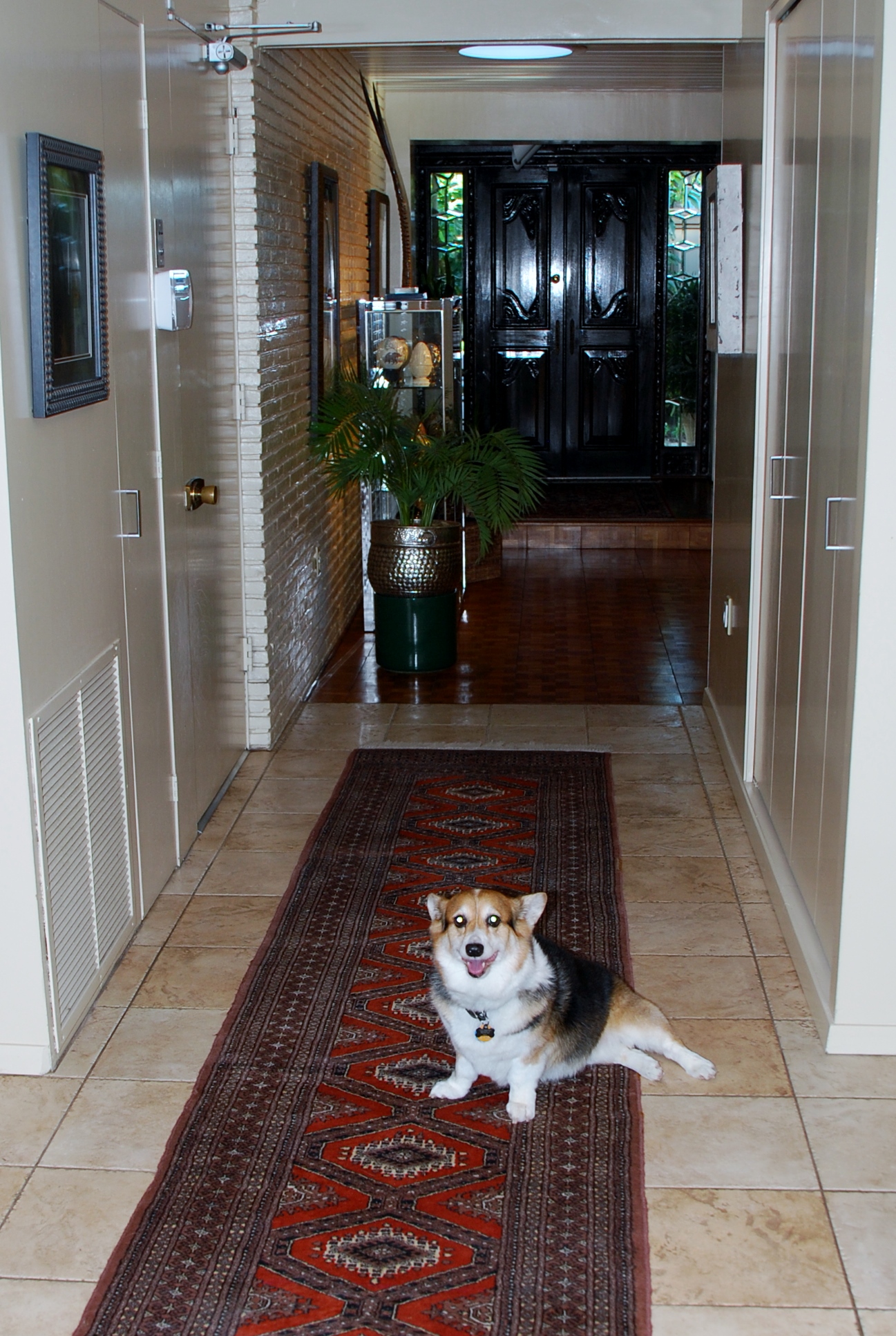 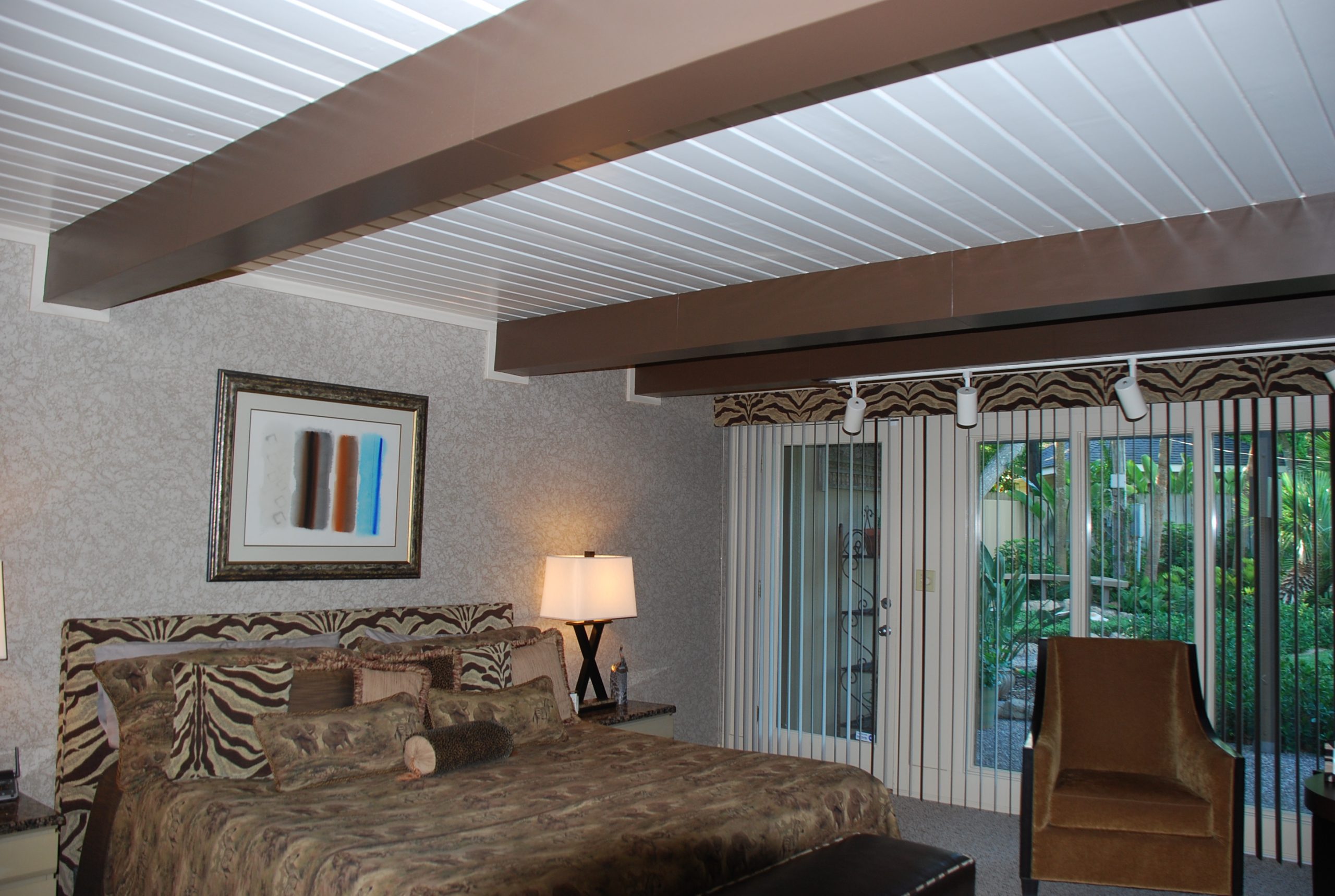 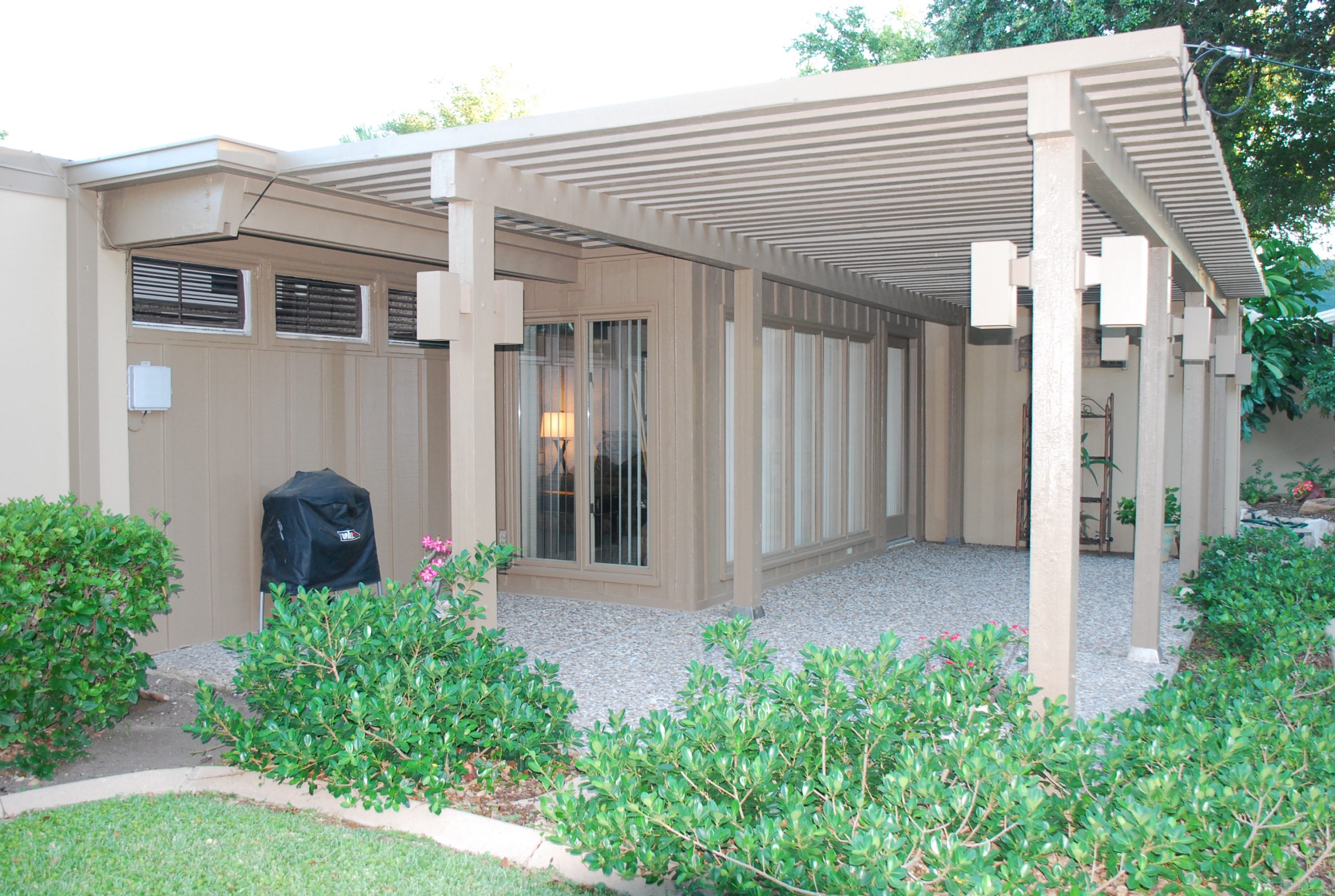 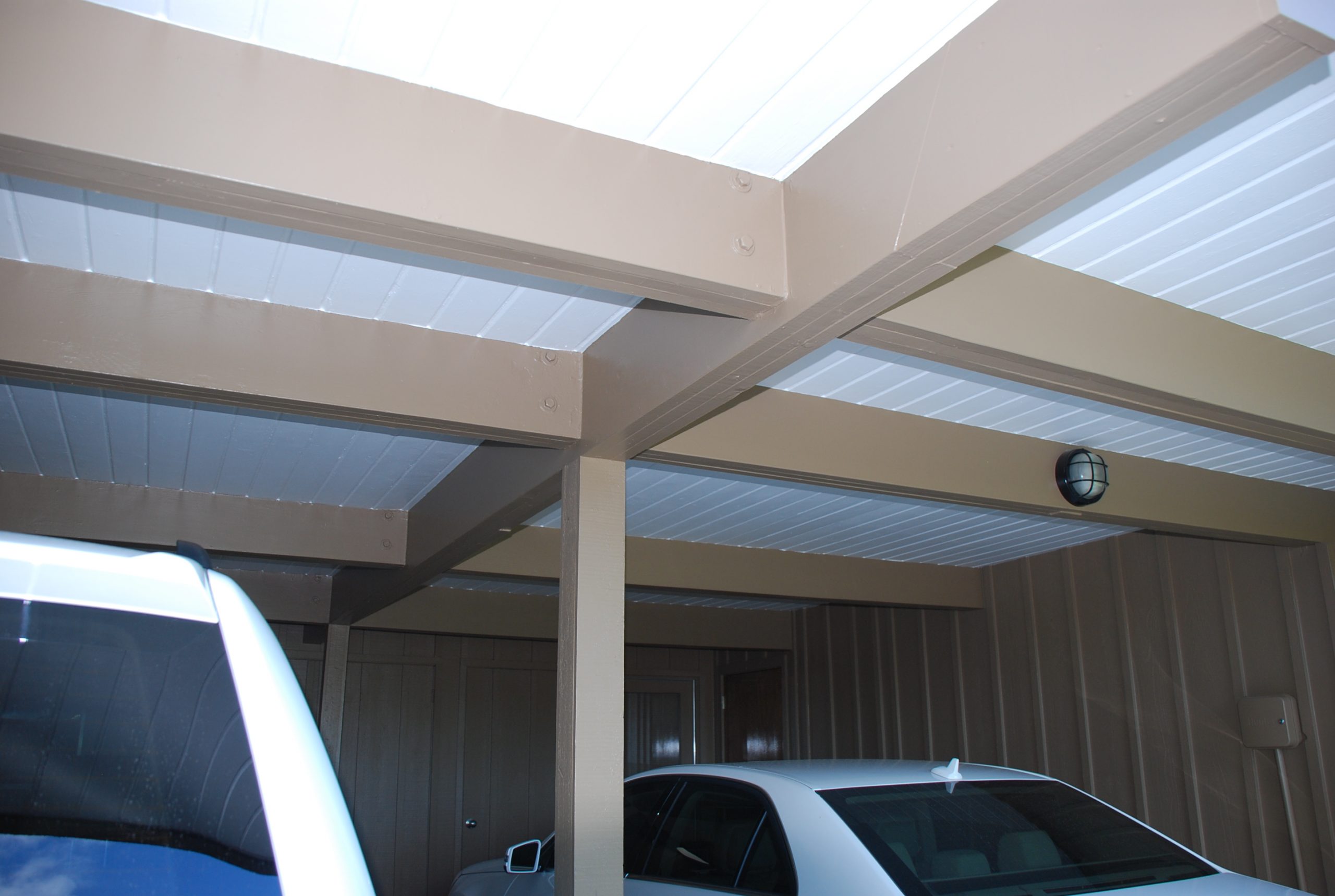 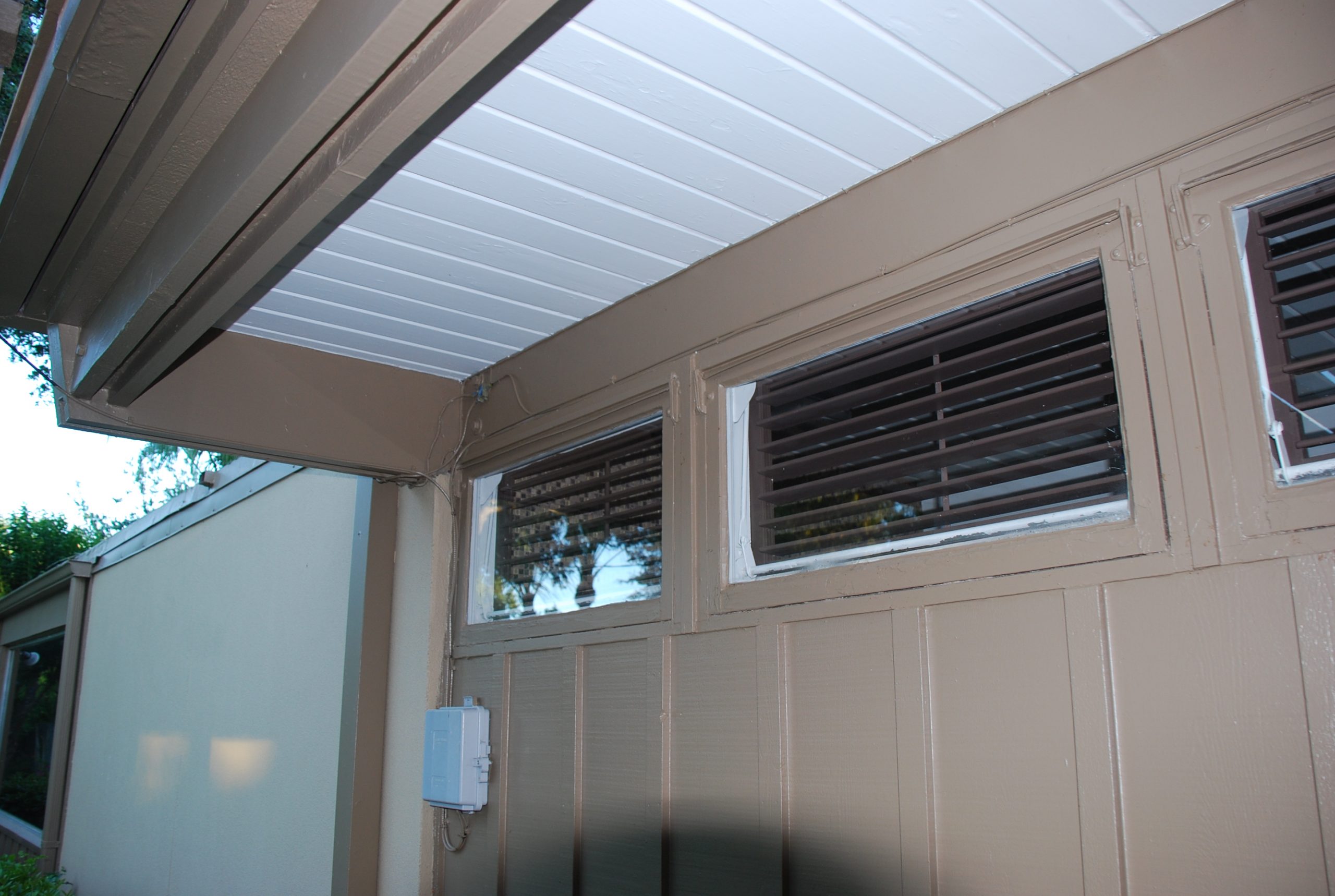 Carefully displayed works of original art abound throughout the Stapleton home, but it is one artist in particular that sparked the conversation from Jerry: his good friend retired architect turned watercolor artist Bill Wadley who currently resides in Plano, Texas. Jerry and Wadley met in the Rio Grande Valley when Wadley worked with the architecture firm of Fletcher, Wadley and Walker.

An original small-scale glass block wall divides two bedrooms allowing sunlight to come in from the large windows of one bedroom into the second one. Natural light was by far the most important element of midcentury modern homes, and nothing was spared to integrate natural light into every room. At one time when the Stapleton children were living at home, one side of the glass wall was covered for added privacy, but now Susan and Jerry said it is likely the wood paneling will come down to showcase the original design.

Architect John G. York’s favored post-and-beam construction can be admired all over the house and in the carport as shown in the photos below. As we can see in the carport photo, the beams are built up of three thicknesses of lumber bolted together with the bolts exposed. Because this house was designed with a flat roof, its style is considered a post-and-beam-and-deck construction.

heir home was designed by the archiectural firm of Cocke, Bowman & York and built in 1952 in McKelvey’s Laurel Park subdivision. It was built for Charles Gayle Van Tyne who used Gayle as his first name rather than Charles. He is first found in Harlingen in the 1937-38 Wilmot’s Harlingen Telephone Directory under the name C. G. Tine (sic) he is registered as a salesman for the Knapp Chevrolet Company. Gayle was born in Kansas on August 1st 1909. Lucile was born in Ohio in 1914. Son Richard was born in Rio Hondo, Texas on May 31 1932.

According to records researched by Norman Rozeff, the house was purchased by David J. O’Brien in 1979. O’Brien served as the Executive Vice-President of the Harlingen National Bank at the time. O’Brien and his wife Peggy live there until 1982 when they sold it to their good friend Jerry Stapleton.

Earlier this year Jerry semi-retired from his law practice and built a small office adjacent to the car port where he can attend to a small clientele. The addition was tastefully done, for Jerry and Susan know plenty about the architectural significance of their home. Susan is a travel agent with World Connections in Harlingen where she shares her wealth of knowledge about travel, especially to Europe, with those planning meaningful travel experiences. Today they enjoy their hobbies. Jerry relishes golf’s challenges, and Susan is a volunteer with the Dining by Design organization raising money for the American Cancer Society. They enjoy the company of friends and their beloved dog Scarlet, but nothing compares to life in their classic midcentury modern home.

More photos below, and for those interested in the history of Harlingen and Van Tyne – the original owner of this home – please continue reading the following compilation contributed by local historian Norman Rozeff.

Charles Gayle Van Tyne used Gayle as his first name rather than Charles. He is first found in Harlingen in the 1937-38 Wilmot’s Harlingen Telephone Directory under the name C. G. Tine (sic) he is a salesman for the Knapp Chevrolet Company. He, his wife Lucile, and young son, Richard Gayle Van Tyne are living at 1 Palm Court, 1202-10 W. Van Buren Avenue. Gayle was born in Kansas 1 August 1909. Lucile was born in Ohio in 1914. Son Richard was born in Rio Hondo, Texas 31 May 1932.

1942-43 Van Tyne is employed at the Gunnery School located at the Harlingen Army Air Field. He and his family now reside at 1721 S. 1st Street.

9/21/43 Finis Easterling and Gayle Van Tyne operate a filling station at Four Corners (F and Harrison Streets). They acquire the Harlingen Pontiac agency in 1944 with the former assuming ownership in 1959. Finis will later own agencies in Brownsville, Alice, Kingsville and Corpus Christi. Easterling had begun his career in 1934 as low man on the totem pole for the Boggus agency. He will serve on the City Commission 12/56 until his untimely death from cancer at age 45 on 12/31/60.

1944 Van Tyne is noted in the directory as being a used car salesman. He and his family continue to reside at 1721 S. 1st Street.

In 1950 McKelvy’s Laurel Park subdivision has only three homes on Parkwood Drive. One is that of Frank G. Parker and his wife Margaret. The lot will later be numbered 2002 South Parkwood. He is a building contractor and also serving on the City Commission. The second belongs to W. B. Uhlhorn, real estate developer. Its number will become 1709. The third home is that of J. B . Ashcraft III, his wife Jackie, and their three children. The number will become 1914. He is co-owner of the Kreidler-Ashcraft Funeral Home.

1952 First numbered as 1921 South Parkwood Drive, it will later become 1913. The Van Tynes reside in this newly constructed house while their son Richard is now a student elsewhere. They will continue to live there together until 30 October 1968 when Mr. Van Tyne dies in Brownsville. It was by 1961 that Van Tyne had started Van Tyne Motors at 305 W. Elizabeth Street, Brownsville.

By 1979 David J. O’Brien, Executive Vice-president of the Harlingen Nation Bank purchases the house. He resides in it with his wife Peggy.

By 1983 attorney Jerry Stapleton has acquired the house. Into the year 2014 he continues to reside there with his wife, Susan.