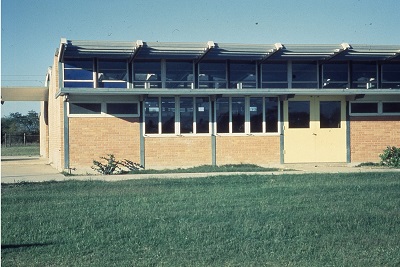 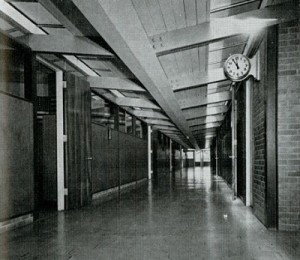 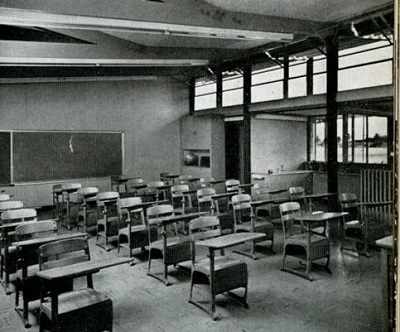 In contrast to Mexico, where the Comité Administrador del Programa Federal de Construcción de Escuelas, a federal agency known by the acronym CAPFCE, controlled the design of public school buildings, local school districts exercised this responsibility in Texas. Public schools were, and remain, the economic mainstay for architectural practices in the Valley. Along with Caudill Rowlett Scott of Bryan, Donald Barthelme of Houston, and Fehr & Granger of Austin, Cocke, Bowman & York achieved statewide prominence with their school design. Public school districts in small towns embraced modern architecture during the Baby Boom era because it was cheap and could be built quickly. What Cocke, Bowman & York brought to this set of circumstances was spatial imagination. Their design of David Crockett Elementary School of 1950 in west Harlingen bears out this point.

Progressive Architecture praised Crockett Elementary for Cocke, Bowman & York’s ingenuity. As you can see from the drawing notes, the roof structure is of built-up wood beams carried on steel columns. This economy was observed by trustees of the Harlingen Independent School District in a new school for working class Mexican-American children on the west side of town…