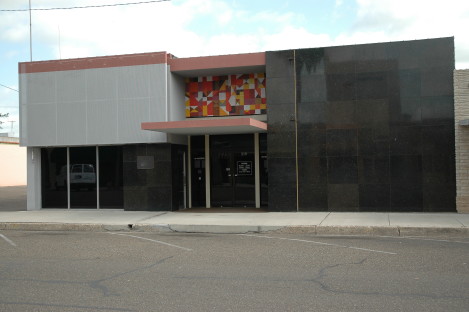 The downtown building John York remodeled for the Harlingen National Bank in 1958 contains a tile mural by Shirley Voekrodt, whom York married in 1959. The national economic recession of 1958 was a setback for York, who had opened an additional office in Corpus Christi and took on partners to manage the two branches. The dissolution of his marriage to Patsy York in 1958 created tensions and alienated old friends in Harlingen. When, in 1960, York was offered a teaching position at the University of Oklahoma in Norman, he accepted and left Texas, where he never again lived. Text by Stephen Fox.
Back to Architecture