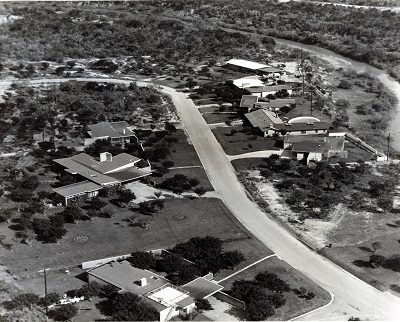 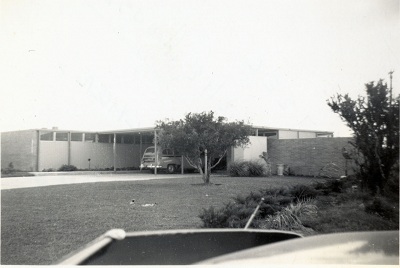 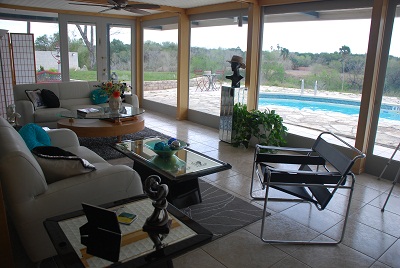 Gale Cook gave Stephen Fox this aerial photo, taken in 1950, of the most ambitious of John McKelvey and John York’s collaborations: Laurel Park, Harlingen’s first garden suburban neighborhood. You can see from the proliferation of flat roofs, and of houses rotated in plan to orient them to the prevailing southeast breeze, the density of Cocke, Bowman & York houses along South Parkwood Drive, bordered by the Arroyo Colorado, which flows through the southern part of Harlingen. The photo below is of the first home on the right side of the road of the aerial photograph. Text and period photos by Stephen Fox.
Back to Architecture