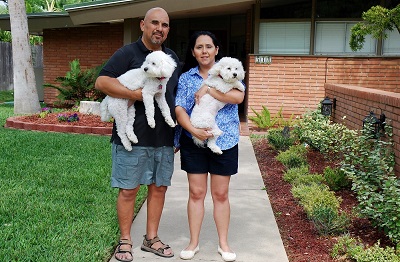 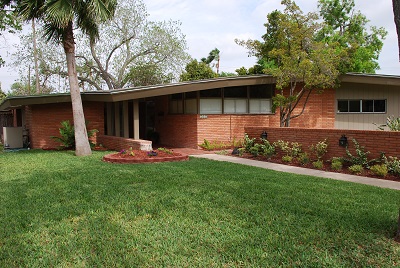 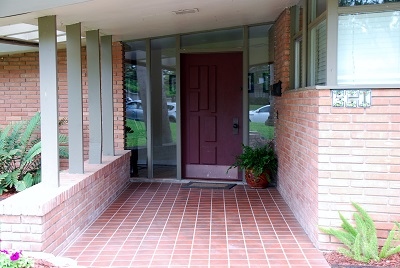 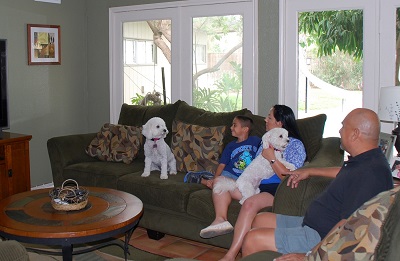 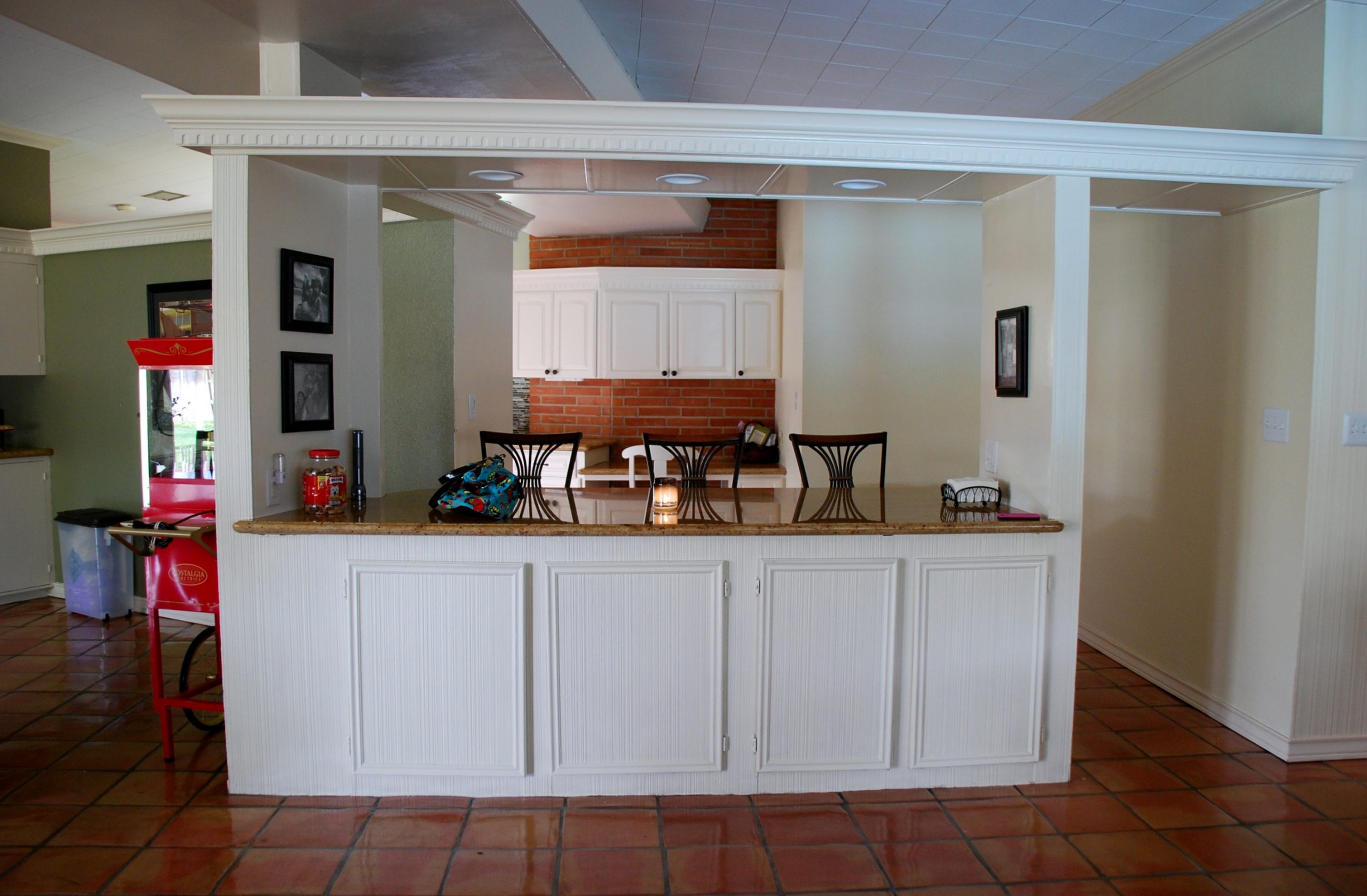 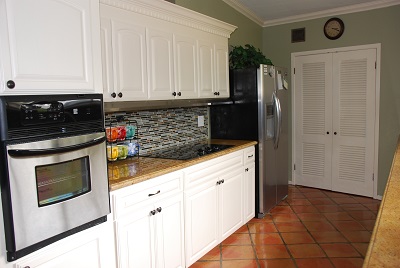 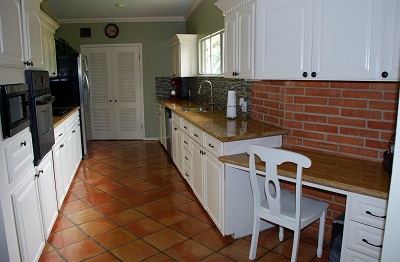 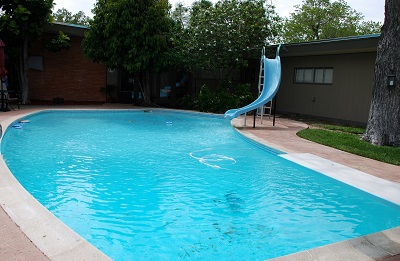 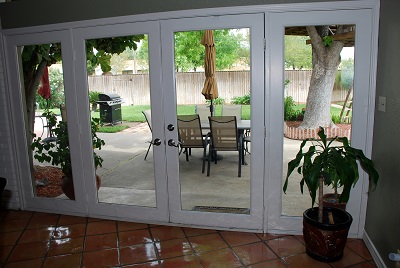 Eddie and Alma Rocha welcome RGVMOD into their Harlingen home to talk about their love story with their Taniguchi home built in 1953 for William E. Black.

Both Alma and Eddie work for Southwest Airlines. Alma has been with the company for almost 14 years, and Eddie for a whopping 39 years. Eddie grew up in Harlingen at a home near his Taniguchi home, and Alma relocated to Harlingen from Las Vegas in 2008. “She wanted us to live in Brownsville or McAllen, but I asked her to let me show her some Harlingen neighborhoods before making decisions,” said Eddie adding he was not ready for long commutes.

They drove around the Parkwood area – Laurel Park – but did not find any homes for sale, so Eddie took her for a drive around the City Lake neighborhoods where they spotted the house that would soon become their home. “‘It is too small for our family’ it’s the first thing I said because the house did not look big enough from the outside, but it only took one visit, one look and we were hooked. We closed the deal 30 days later,” said an enthusiastic Alma reminiscing on how that first visit impacted her so much without even knowing why, but she fell in love with the 3,000 sq. ft. house. “We loved the spaciousness with plenty of natural light, and the beautiful backyard. Fearing the safety of our children, we had never considered owning a house with a swimming pool, but it has been an amazing experience,” said the proud owners.

Alan Y. Taniguchi is known for his California style homes, and this one boasts an “L” shape with a wing containing three bedrooms and three bathrooms connected through a hallway broken by one large window at its center. The living and dining room have glass windows and doors connecting to the backyard and swimming pool.

Most modern homes of the 50s and 60s tend to have modest facades that mask their amazing interiors, so those out there looking for a home always give a midcentury modern style home a chance, and schedule a visit before discarding it as small.

When dealing with older homes, surprises arise, and the realtor informed Eddie and Alma that the house needed a new roof, plumbing, and possible electrical wiring among other things. “Nothing she could have told us was wrong mattered; we were hooked,” stated Eddie adding he soon realized what they had gotten into “I wasn’t thinking then, but we have no regrets.” Their friends can’t resist reminding them that they could have built a new home for the same price, but that is not what this couple wants; they want this Taniguchi home. Did they know about Taniguchi at the time? They said their realtor showed them an article featured in the Valley Morning Star about modern homes and the architects that built them. But that was all; the rest was the result of Alma’s research. Through her online research she stumbled upon RGVMOD and contacted us asking if we knew more about her new home. It turns out that the home was built for William E. Black, the son of William C. Black who was the principal of Travis Elementary School in 1937. William E. Black – the owner of the home – was born in Kansas in 1925, and came to Harlingen as a young boy with his family.

Eddie and Alma gave us a tour of their beautiful home explaining the challenges and decisions they made during the remodeling. The best thing is that they kept all the architectural features intact, for even the closets and drawers remain the same as they did in 1953. The ceiling beams, the large angled windows throughout the house, and the large backyard equipped with a tree house is something the Rocha family values, and they believe no new house would be as comfortable. “If we wanted to build a new house designed like this, we probably would not be able to afford it,” said Eddie who oversaw every detail of the remodeling process. Their friends cannot believe how spacious and modern the house is, and finding out the house was designed and built in 1953 blows their mind!

Eddie and Alma are now even more passionate about modern architecture because they have slowly learned about its legacy in the Rio Grande Valley. The modern movement was strong here. The valley was considered a place for progressive architecture, and its architects renowned across the nation. But we all agreed buying an old home is in good part a labor of love, for you have to be gentle and respect the home’s integrity, and be ready for the unexpected. Thorough research is a must, and there are plenty of resources online including RGVMOD.com. “You have to look past the ‘oldness’ and understand remodeling these homes could be a strenuous process. Once you realize this, the remodeling comes easy and the results will give you an amazing satisfaction,” concluded Eddie.