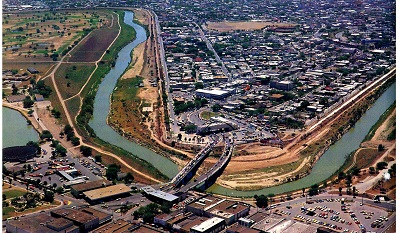 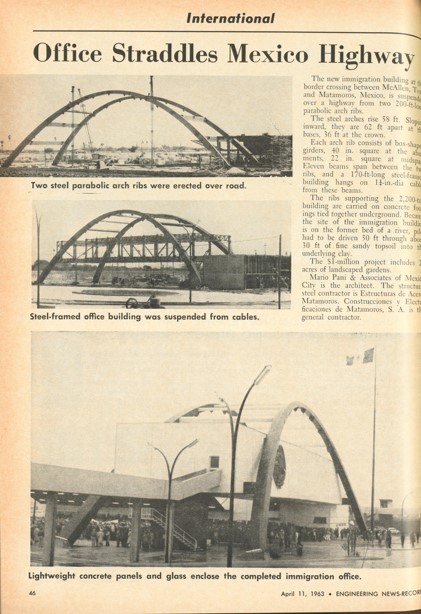 Contrasting national policies about the role that architecture and urban design might play in constructing national identity were evident in comparing Matamoros’s puerta the U.S. Border Services Building completed in Brownsville in 1961 and designed by John York and Olin Boese. York’s initial designs had been as exuberant as Pani’s. But by the time the General Accounting Office value engineered the project, all that survived was York’s crisp detailing.

Antonio Bermúdez, in the book he published about PRONAF in 1966, wrote that Mexicans took pride in the clear superiority of the modern, designed public spaces on the Mexican side of the border, when compared to those on the U.S. side.