The House Designed for Living 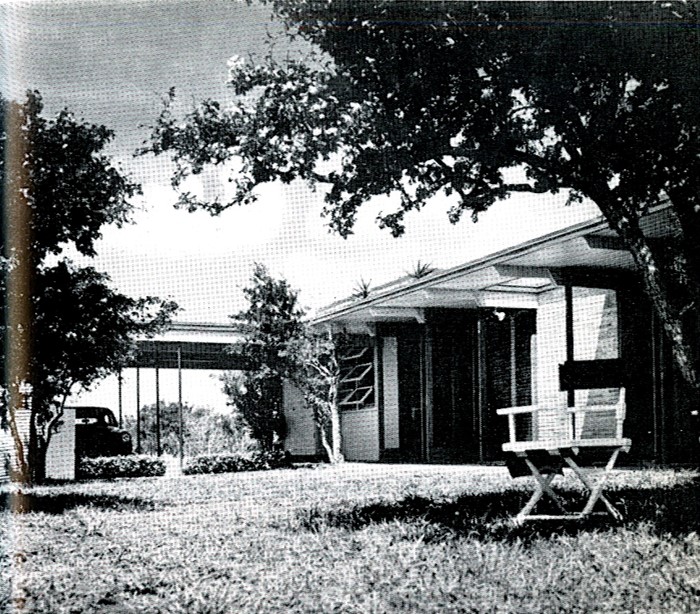 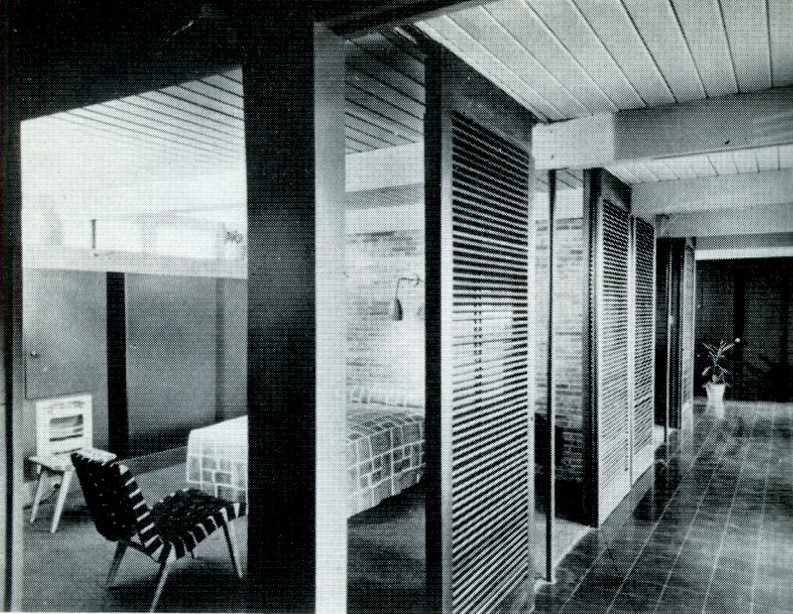 Cocke, Bowman & York designed the House Designed for Living of 1949 as Laurel Park’s demonstration house. Because the house lies on the north side of the street, its rooms need to open toward the street for access to the prevailing breeze. York threw inhibition to the wind by exposing the interior to the southeast, interposing a louvered screen fence to shield rooms from street views and expand the house’s living space into the front yard (as you may be able to tell, there was also a roof deck). Although compact in plan, the House Designed for Living contained an unprogrammed space that appears in other Cocke, Bowman & York buildings. This was called a breezeway and it expanded indoor living and play space in the bedroom wing. Sliding louvered panels, instead of fixed walls, separated the bedrooms from the breezeway.

This rare color slide of the House Designed for Living, taken about the time of completion, shows an aspect of York’s work not visible in the black-and-white photos that appeared in publications. Cocke, Bowman & York’s buildings were exuberantly colored to articulate their composite construction. Doors typically were hinged to steel pipe columns, eliminating wood door casings. Field fabrication of the components of these buildings made it possible to achieve the tolerances that rendered such constructional fundamentalism practicable.