At Home with A Valley Modern Master 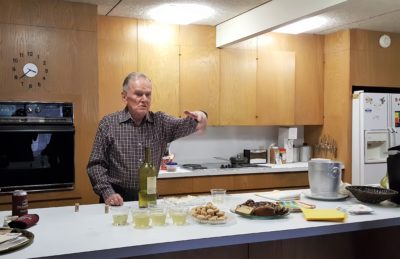 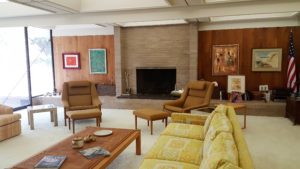 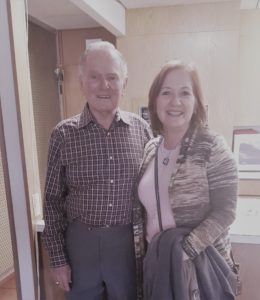 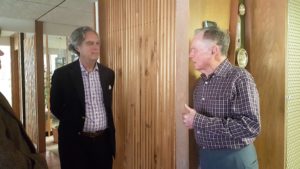 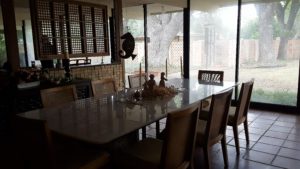 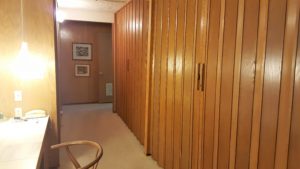 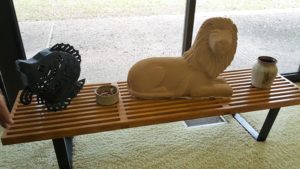 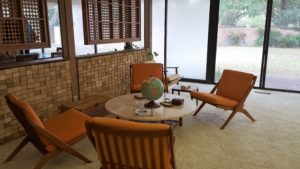 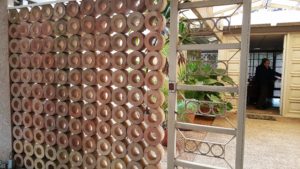 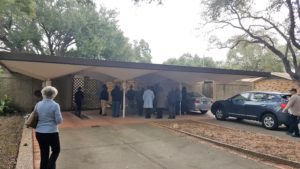 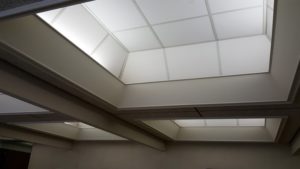 Architect Max Burkhart’s house attests to his involvement with concrete construction in the 1960s and 1970s. Burkhart founded Valcon, a Pharr construction company specializing in concrete tilt wall construction, with Farris O. Shannon in 1963. The one-story courtyard house is entered through a canopied porte-cochère-carport roofed with concrete umbrella vaults supported on extremely thin columns. The walls that surround the house are vertically striated concrete tilt wall panels. Typical of modern houses, the whole site is treated as the living area, not just the interior. Canopied by the majestic live oak trees of Chula Vista, a rarity in the Lower Río Grande Valley, the Burkhart House, where Max Burkhart lived with his late wife Bernice Baden Burkhart, is a distinctive addition to McAllen’s treasure trove of mid-twentieth-century modern architecture.

The house is spatially ingenious. The east-facing back of the house overlooks a walled rear lawn studded with mature trees. This interior is essentially one long room, with masonry partitions staged at intervals to set off different uses. Max Burkhart incorporated cast-off masonry elements, recycling them in his construction of interior screens and partitions. The kitchen, bedrooms, and bathrooms are discreetly inserted into the thickness of the house’s entrance foyer. They face west into narrow, walled courtyards.

Max E. Burkhart, Jr., was born in Anita, Iowa, in 1924. By 1930 his family lived in Alamo and by 1940 in San Juan. A graduate of Pharr High School, he married his school sweetheart. Burkhart is a 1949 graduate of Texas A&M University. He received his M. Arch. from the University of Southern California in Los Angeles (1951). Max Burkhart began practice in Pharr in 1958. He collaborated with O’Neil Ford and Alan Y. Taniguchi on the design of Pharr-San Juan-Alamo High School (1960, extensively altered) and practiced for a time in the early 1960s with McAllen architect J. B. Hancock. His many works include alterations and additions to Quinta Mazatlán (1982), and The Bridgepoint (1984) on South Padre Island, designed in association with Boone & Boone of Honolulu.