The Bauhaus: An introduction to Modernism 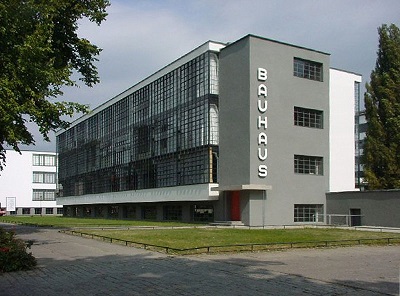 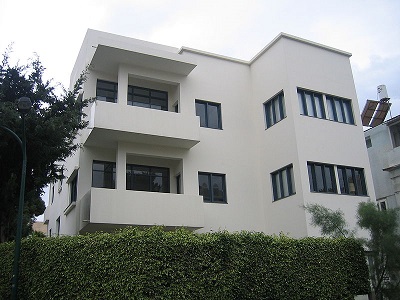 In conceiving the interior as a work of art, the artist must first think of it as a space, as the overall form and the interrelationship of the space-enclosing surfaces.”
-Hemann Muthesius, The English House (1904)
This quote was written by Amanda Dameron, Editor in Chief of Dwell Magazine, as an editor’s note for the magazine’s March 2013 issue. We are introduced to this famous German architect, author and designer born on April 20, 1861 and who died in Berlin on October 26, 1927.
Adam Gottlieb Hermann Muthesius is better known as Hermann Muthesius. He is best known for promoting many of the ideas of the English Arts and Crafts movement within Germany and for his subsequent influence on early pioneers of German architectural modernism as the Bauhaus.
Staatliches Bauhaus, commonly known simply as Bauhaus, was a school in Germany that combined crafts and the fine arts, and was famous for the approach to design that it publicized and taught. It operated from 1919 to 1933. At that time, the German term Bauhaus, literally meant “house of construction” which stood for “School of Building.”
The school was founded with the idea of creating a “total” work of art, architecture, graphic design, interior design, industrial design, and typography. The school had three branches in three German cities under three different architect-directors: Walter Gropius, Hannes Meyer and Ludwig Mies van der Rohe who, along with other school leaders, decided to close the school due to pressures from the Nazi regime in the early 1930s.

The Nazi Party nor Hitler himself had a cohesive architectural policy before they came to power in 1933, Nazi writers like Wilhelm Frick and Alfred Rosenberg had already labeled the Bauhaus “un-German” and criticized its modernist styles, deliberately generating public controversy over issues like flat roofs. The party denounced the Bauhaus for its “degenerate art” and the Nazi regime was determined to crack down on what it saw as the foreign, probable Jewish influences of “cosmopolitan modernism.” Interestingly, the Bauhaus influences lived on in Nazi Germany, for Hitler’s chief engineer, Fritz Todt, began opening the new autobahn (highways) in 1935, whose bridges and service stations were bold examples of modernism. Among those submitting designs was Mies van der Rohe.
The Bauhaus had a major impact on art and architecture trends in Western Europe, the United States, Canada and Israel in the decades following its demise, as many of the artists involved fled, or were exiled, by the Nazi regime. In 2004, Tel Aviv was added to the list of world heritage sites by the UN due to its abundance of Bauhaus architecture: it had some 4,000 Bauhaus building erected from 1933 on.
In the late 1930s Mies van der Rohe re-settled in Chicago, enjoyed the sponsorship of the influential Philip Johnson – a graduate of the Harvard Graduate School of Design – and became one of the pre-eminent architects in the world.
Bauhaus objective was to unify art, craft, and technology. The machine was considered a positive element, and therefore industrial and product design were important components. The most relevant characteristic of Bauhaus is that there was no teaching of history in the school because everything was supposed to be designed and created according to first principles rather than by following precedent.
Read more about Bauhaus and its three architect directors; Walter Gropius, Hannes Meyer, and Ludwig Mies van der Rohe – these are the most closely associated with Bauhaus.
If you are the proud owner of a midcentury modern home in the Rio Grande Valley, we hope our story provides a “peak,” albeit a brief one, to why your home is such a historical treasure. Keep following RGVMOD.