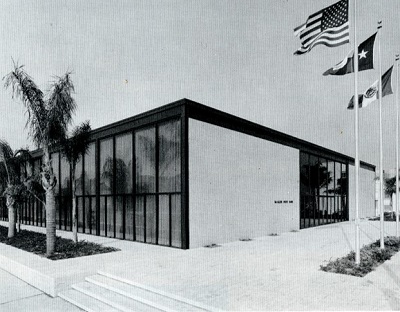 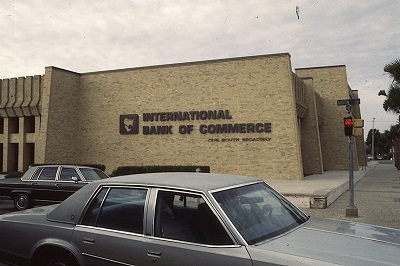 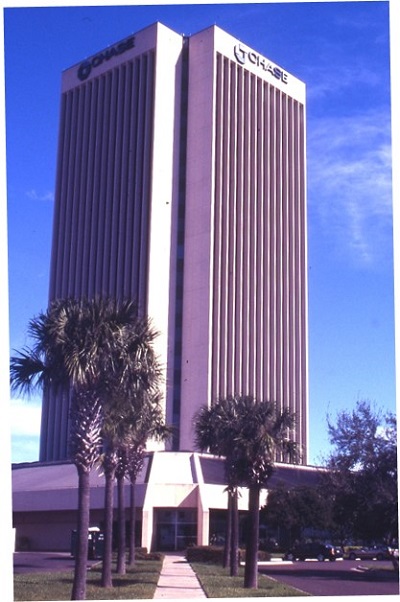 After the McAllen State Bank built the tallest building in McAllen in 1978 (designed by Neuhaus & Taylor of Houston), it vacated the Hugo Neuhaus-David Haid building, which has undergone three substantial refacings since: here you see numbers two and three. Note that only the travertine plinth survives.

Yet George Cserna’s photos of the McAllen State Bank proved such compelling icons of modernity that in the 1980s the Los Angeles painter Roger Herman appropriated these images for a series of big-scale paintings and woodcuts, which you see leaned against the wall in Herman’s studio.