TEDx McAllen is finally in my memory. The stress and anguish are gone, but a new list of friends bloomed. Nothing could be better than meeting such amazing leaders – people who are shaping and inspiring the Rio Grande Valley. TED will post all of the videos of the TEDx McAllen event soon. I was so nervous from thinking of the number of people that will potentially watch my presentation – unreal! But I believe I have something very important to share. For now, I am sharing the unedited text of my presentation titled; Look Back. Move Forward. Enjoy! 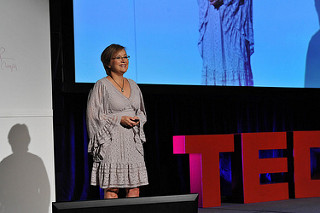 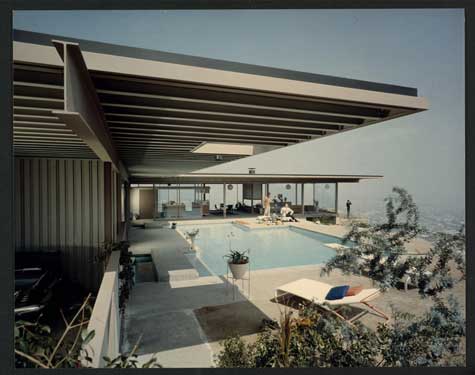 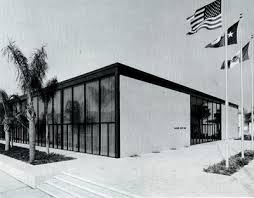 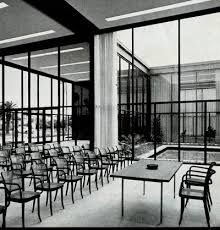 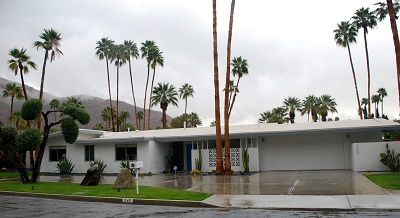 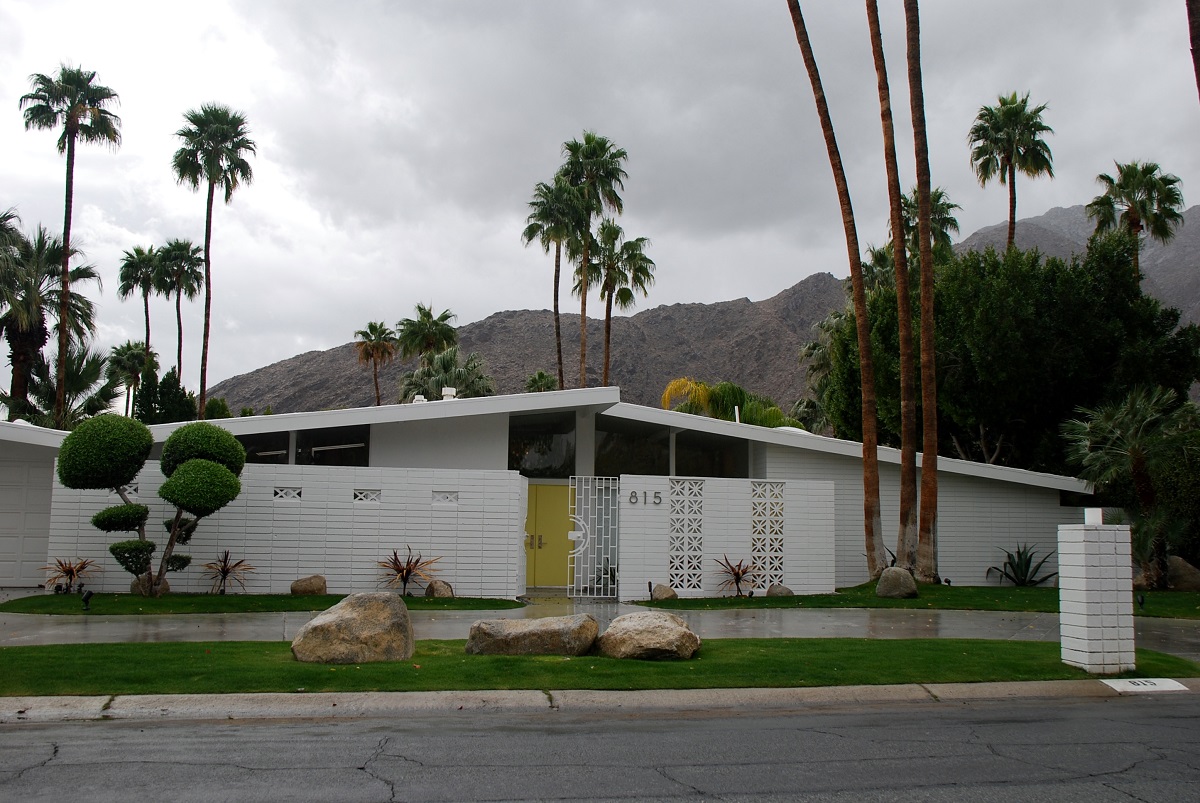 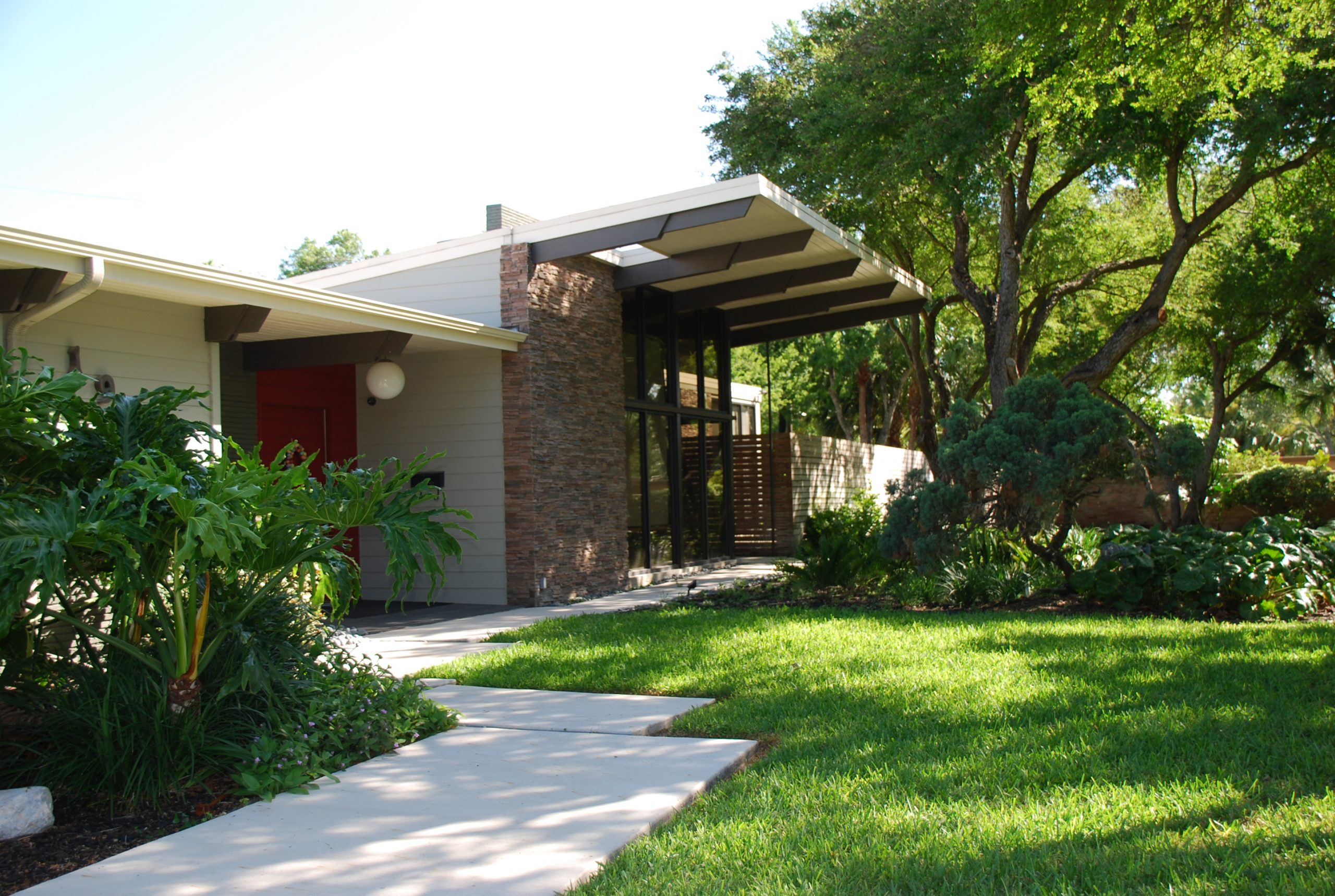 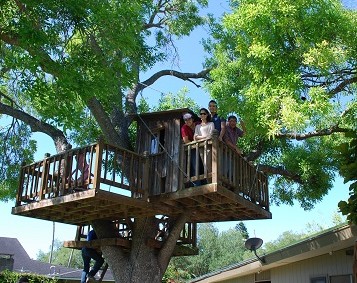 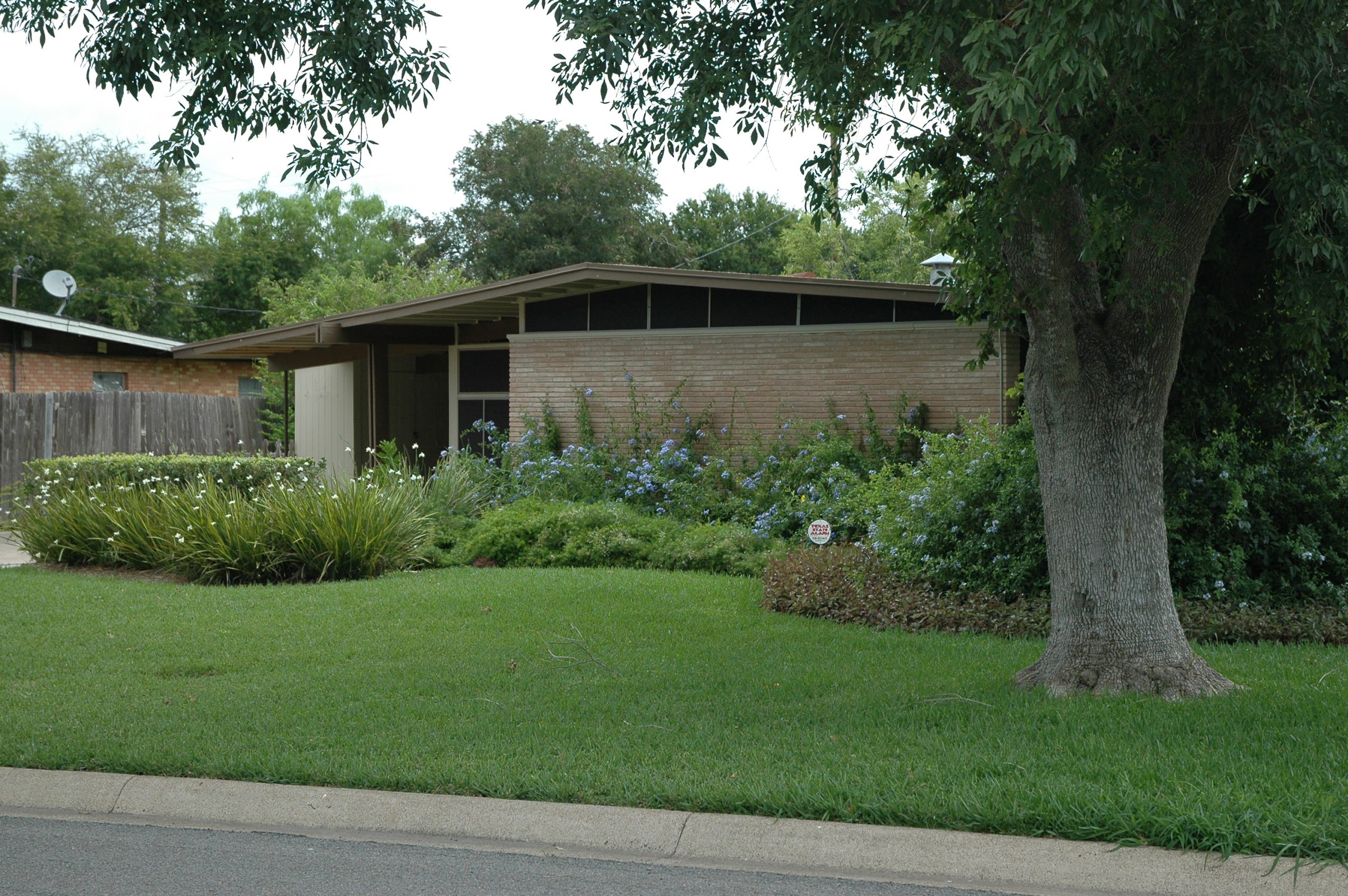 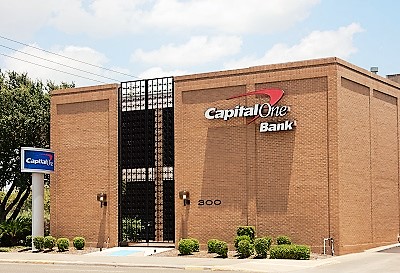 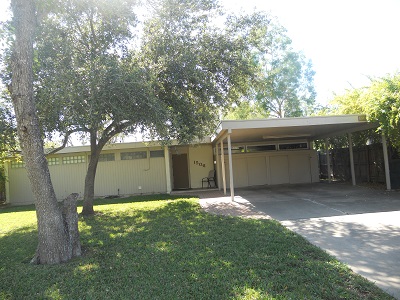 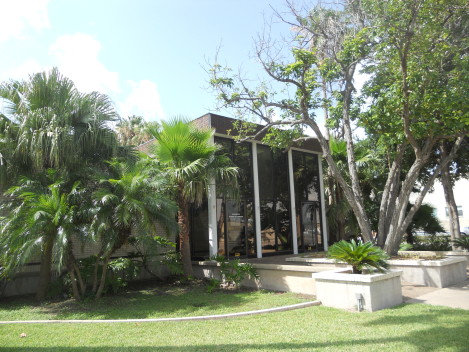 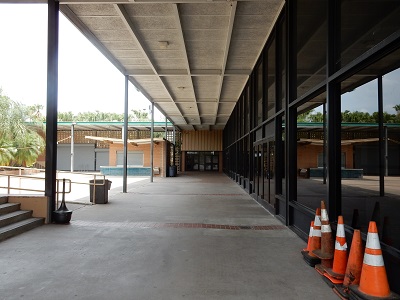 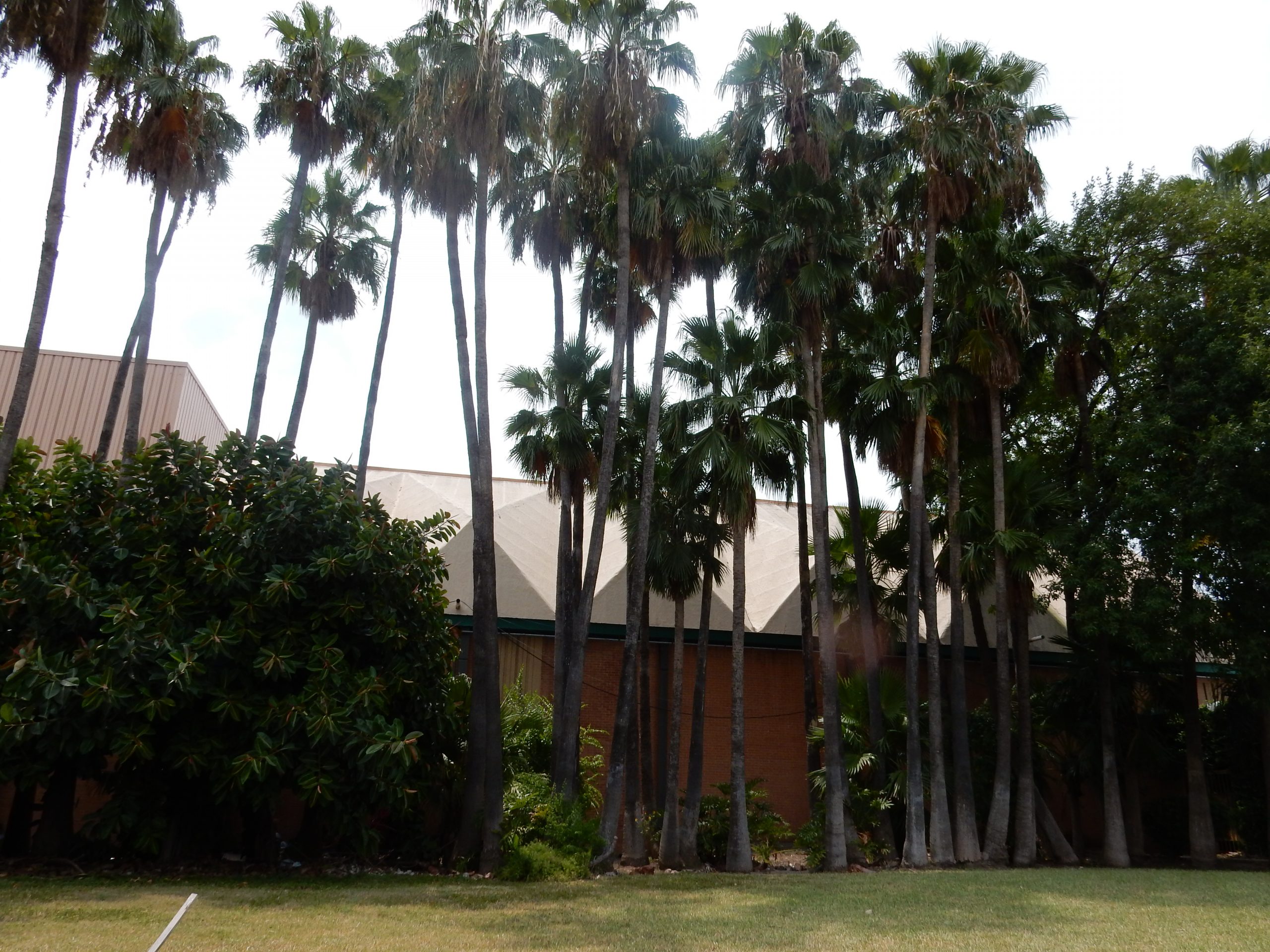 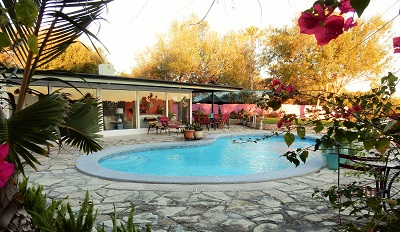 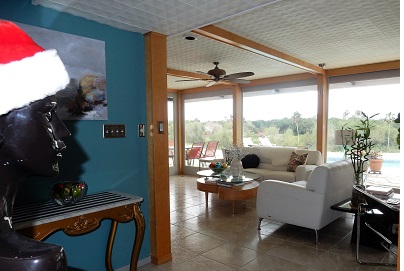 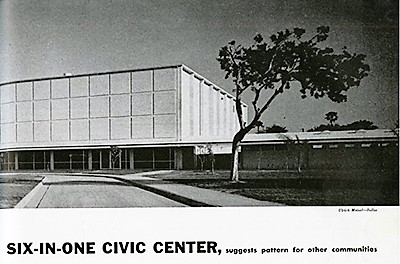 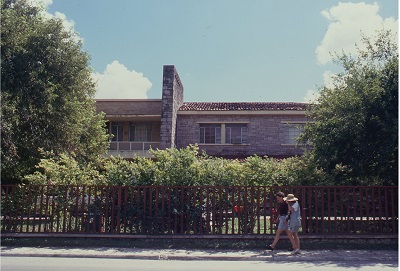 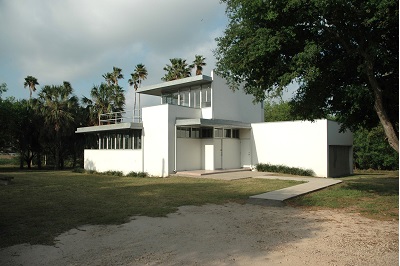 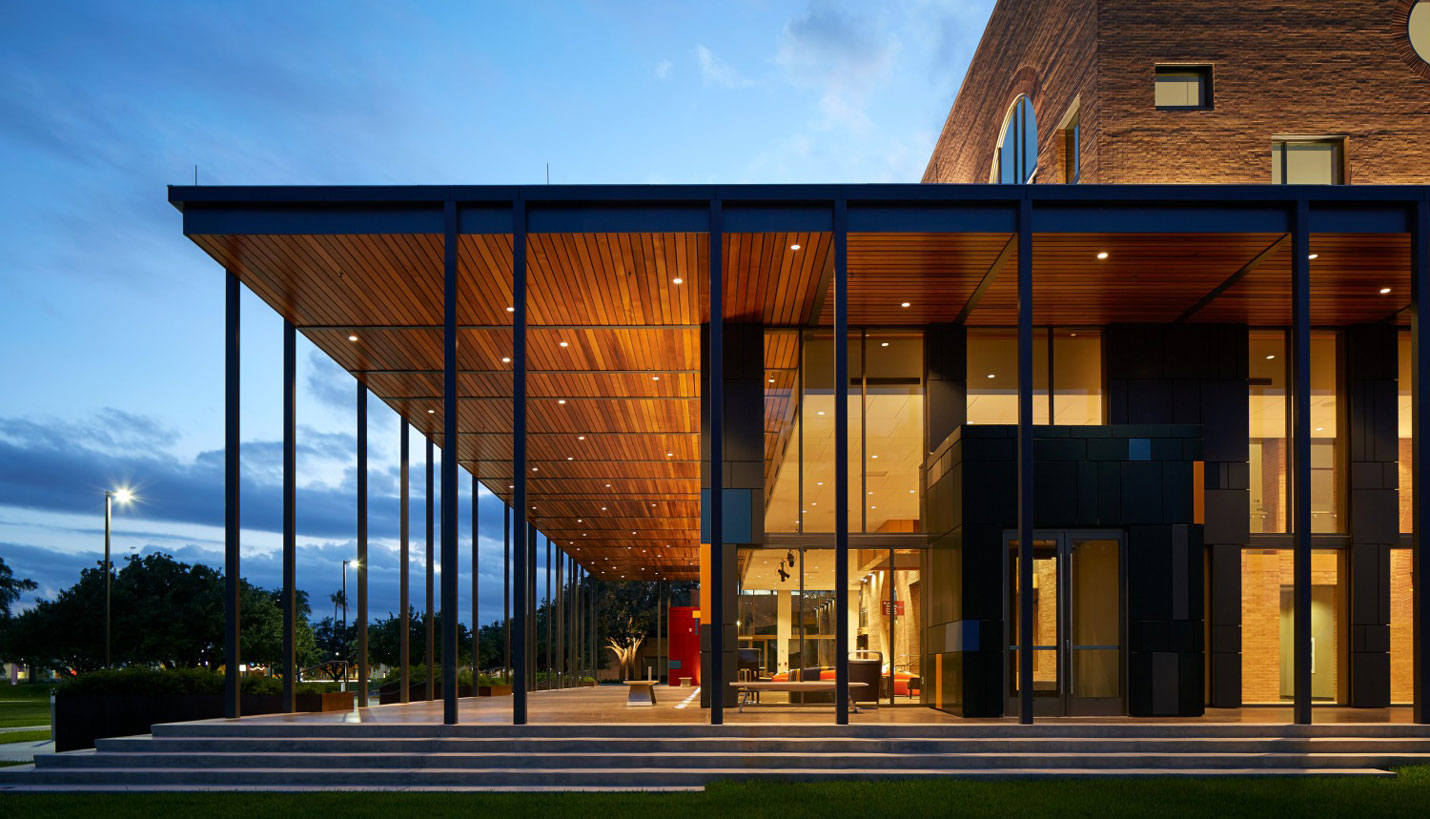 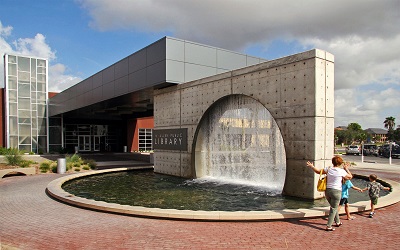 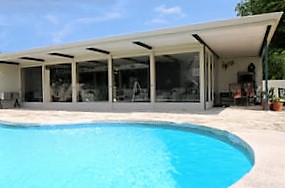 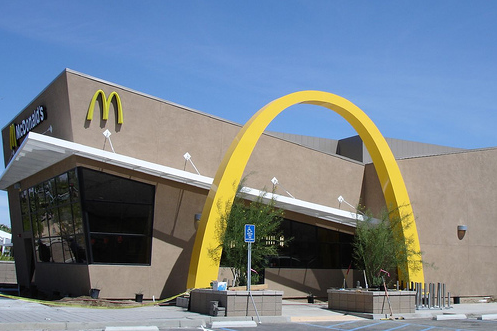 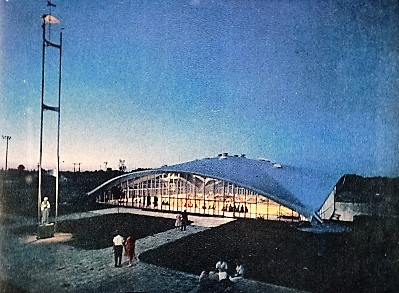 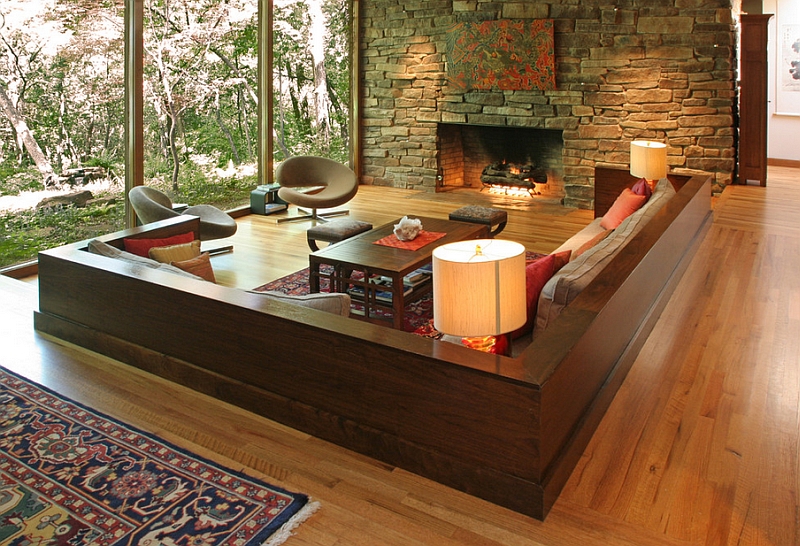 Do you remember the swinging 60s? The contouring game of Twister? A go-go dancers, and the Jetsons? Even millennials can relate to the ATOMIC ERA thanks to TV shows like Mad Men and Astronaut’s Wives Club. Fashion magazines today feature the latest in retro and bohemian style. October is MOD month. Modernism is everywhere!

For me, modernism was an integral part of my life. I never really noticed it or called it modernism. It was just there; a silent witness of my childhood in the 60s. As a teenager I dreamed of living in the Brady Bunch house and becoming an architect like Mr. Brady. The dream never happened, but the passion remained and it awoke BIG TIME in 1997 when I met my future husband.

From the moment we met all he would talk about was this house he had bought in Harlingen. He described floor to ceiling glass walls. He said it was made of steel, and designed by an architect named John York.

He said the house had one of the most amazing views in the Valley. He would go on and on rekindling my passion for architecture.

But 18 years ago it was not easy to ask a new male friend to take you to his house because you’re interested in “architecture” – but I did because I just had to see this house.

It was love at first sight. The house. But the house needed a lot of love and care like me in those days. The appreciation of the house DID bring us closer together and the desire to restore it and grant it a new life, gave US a new life.

HE called it “Art Deco” but the little I knew about architectural styles told me it WAS NOT- But what was it? In those days I could not just “google it” – there were no IKEA stores around, and calling an architect was not an option; they’re too expensive and will not care I THOUGHT. I became obsessed until I saw a picture in a decorator magazine of a living room space SORT OF LIKE THIS

The picture moved me so much. THAT’S IT! That’s what I’d been looking for. It is mid-twentieth century modernism! AN EPIPHANY!

After the Second World War America and the world were full of optimism and creativity. The gloom of the depression and the war years was swept away by a building boom of low cost modern houses for the American middle class.

What I like best about mid-century modern architecture is that it rejected the copying of historical precedents and historical details. It was all new and exciting. It was “groovy”

These homes were full of sunlight, had clean lines and lots of wood, brick and stone. They had large windows and were surrounded by lush gardens. The outside – including the car – was just as important as the inside.

Today, we see amazing 50 to 70 year old modern buildings throughout the Valley. They are modern historical buildings! An oxymoron that complicates things very much because these buildings do not fit the prototype of what we consider historic….. THEY ARE TOO MODERN!

These buildings remind me that we don’t have to mask poorly designed new buildings with misunderstood historical decorations and call the results “architecture.” These buildings demonstrate that we – especially our architects – can imagine fabulous buildings that are suited to OUR climate and OUR culture. It proves that we don’t need to have a lot of money to deserve living in well-designed spaces. It tells me that WHEN IT COMES TO QUALITY OF LIFE architecture is not a luxury, but a necessity.

What was even more amazing is that the Valley was at the forefront of the modern movement. Renowned architects from all over the United States came here because we were a progressive new territory not bound by long periods of tradition – Sort of what modernism is – They came here for the freedom to work with private businesses and local institutions rather than corporations. Their work attracted the attention of national and international media.

Now that the Valley is growing at a very fast pace, and before we move forward, let’s look back at our modern architectural legacy.

Brownsville is the location of the only remaining house designed by renowned Architect Richard Neutra in the entire state of Texas.

Let us remember that each of these buildings was built on rock-bottom budgets.

I also want to point out that they were built for our communities here on the border with Mexico. Both parts of each nation were at the time considered marginal, isolated, and not true to American or Mexican culture, but a watereddown version of both.

YET, we attracted critical recognition from the cultural mainstream in both nations.

The American Institute of Architects bestowed a design award on the Fort Brown Memorial Center in Brownsville.

The Winn House in McAllen won a Texas Society of Architects design award in 1966.

This was the ONLY time in the history of the Valley that locally designed buildings attracted such recognition.

Earlier I said I grew up surrounded by modernism. I grew up in Matamoros, Mexico and lived in la “Colonia Jardin” which was an exemplary, mid-century modern neighborhood within walking distance from downtown Brownsville.

After my modern epiphany I married my friend and moved to the house that started it all. The house is located in Harlingen’s exemplary mid-twentieth-century modern neighborhood of Laurel Park.

Within a short time I met other modernism fanatics like Mike Dailey, and architect John Pearcy who had designed the restoration of a York house across the street from mine.After my modern epiphany I married my friend and moved to the house that started it all. The house is located in Harlingen’s exemplary mid-twentieth-century modern neighborhood of Laurel Park.

Within a short time I met other modernism fanatics like Mike Dailey, and architect John Pearcy who had designed the restoration of a York house across the street from mine.

In 2002 we hosted the first architecture tour for the Lower RGV chapter of the American Institute of Architects AND every year with the help of our neighbors, we host students from Texas Southmost College and both Harlingen High Schools.

All of these people and events, made me realize there was a whole culture of modern design that included Laurel Park in Harlingen, McAllen, Brownsville, the entire Valley, and even la “Colonia Jardin” in Matamoros.

I created RGVMOD.com because I HAD to share these amazing modern buildings. I want everybody to appreciate and preserve this important architectural legacy. I also want US to reconnect with architecture. Architecture is much more accessible than we think.

Reading more on the subject, I discovered the 1950s Case Study House Program in Los Angeles, and it blew my mind to realize that my house – SU CASA – is a South Texas version of Pierre Koenig’s Los Angeles Case Study House #22 featured in multiple movies and TV commercials.

And here is the kicker! Our house was built in 1949 – 10 years before that famous one!! If that does not tell you something about the Valley, I don’t know what will.

I have also come to realize that, unlike past generations, we have turned our backs on architecture for immediate gratification. We have settled for shoddy buildings that are not suited for our region.

To me, it appears we are building for looks and social status and not for quality of life. We build to keep up with the Joneses – AT EVERY LEVEL – and not for healthy and sustainable living.

Have we lost the focus of building and protecting architectural legacies?

As a tourism professional, much of my work involves promoting the attractions and resources of the Valley. I have traveled to cities like Palm Springs, Gothenburg and Berlin and witnessed how these communities recognize and celebrate their modern heritage. MODERNISM IS SO STRONG IN PALM SPRINGS THAT EVEN NEW BUILDINGS BOAST MODERN CHARACTERISTICS.

We have an enormous potential in our neglected modern buildings. We can develop a cutting-edge cultural tourism destination if we give them a second chance.

To give you an example: It was reported that Modernism Week in Palm Springs injected an estimated $17 million to the city’s economy

Part of the revenue from neighborhood tours goes back to communities to help pay for improvements such as landscaping, signage and restorations.

LET ME TELL YOU SOMETHING VERY IMPORTANT

With the exception of Brownsville, Hidalgo, Roma and Rio Grande City, nationally recognized architecture in the Valley derives SOLELY from the modern era.

I invite you to identify historical buildings and give them a new life. ALL HISTORICAL BUILDINGS not just the modern ones. But especially those with architectural significance. Lives will change. I guarantee it.

But from personal experience I can tell you that modern buildings have a special energy. They’re rejuvenating!

I see modernism everywhere! As in the new UTRGV PERFORMING ARTS COMPLEX

McAllen’s award winning public library designed by Boultinghouse Simpson Gates Architects is a great example of how restoring AND repurposing buildings changes lives. This modern inspired project made headlines nationwide and people still talk about it.

Hundreds of cities across the world struggle with the historic preservation of modern buildings. The Valley is no exception.

The McAllen Civic Center was designed by one of Texas’ foremost mid-century modern architectural firms. It is also featured in the book BUILDINGS OF TEXAS: CENTRAL SOUTH GULF COAST by GERALD MOOREHEAD

The steel-frame construction, the numerous landscaped patios that promote indoor-outdoor continuity, the park-like setting with subtropical vegetation just are SOME of the building’s essential mid-century modern attributes.

Because of these attributes it is possible to restore the architecture while preserving the magnificent auditorium and at the same time repurposing other spaces in the complex into shops, restaurants and concert facilities.

MAYBE JUST MAYBE this could be the time we take a CLOSER look at our modern architectural legacy.

WE CANNOT AFFORD TO LOSE ANY MORE MODERN BUILDINGS!

They are a quintessential part of our history.

The Valley is groovier than ever and a new ATOMIC ERA is approaching with SPACEX.

Let’s preserve our modern legacy not because these buildings are nostalgic landmarks of the past, but as a testament to the optimistic faith in the future of the Rio Grande Valley!