Which Modernist did I Miss?

In the late 1990s and early 21st century, my husband and I owned a tour company and a vintage trolley which I used to provide guided tours of Harlingen, Texas. One of my favorite buildings in town, perhaps my number one, is the original Harlingen High School currently Vernon Middle School building.

During the 2020-2021 school year, the campus became the Vernon Middle School World Languages Academy. The process involved a restoration of the buildings facade as you see it in the photo below. 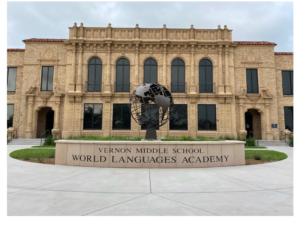 Furthermore, the story as I told it was that the architect who designed this 1929 building was Roscoe DeWitt who also designed the East Wing of the White House. The building housed Harlingen High School. I even had the privilege of touring with the HHS class of 1940 something. I can’t recall the exact year but I do remember the decade. It was a fun group of people.

Fast forward to 2021, and I’m doing my usual research on mid-20th-century buildings and I run into a story about the 1936 Art Moderne home designed for the Texas Centennial celebration at Fair Park in Dallas by architect partners DeWitt and Washburn. The name immediately rang a bell and I wondered if this could be the same architect who designed such a beautiful building here in Harlingen. It turns out that it was.

I was raised by a beautiful shopaholic, fashion loving mother therefore the name Neiman Marcus brings beautiful images to mind. So when I read that DeWitt also designed Stanley Marcus and his wife’s house in East Dallas I was blown away! But there is more!  DeWitt had the honor to displace Frank Lloyd Wright who the Maruses hired at the beginning only to fire him from the project due to his temperament according to sources.

Modern architecture had not been discovered in Dallas up to that point and the Marcuses had the appreciation and the means to build what was going to revolutionize the local architecture scene. For me this is significant for Neiman Marcus and my modernist childhood go hand and hand.

Roscoe DeWitt and partners went on to design the stores that made NM a household name in Texas. The Stanley Marcus house was built in 1938 and it is thought to be the first modern style house constructed in Dallas. The style is heavily influenced by the International style that was popular in Los Angeles at the time. The house was designated a Dallas Landmark in 2010. 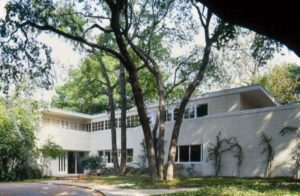 De Witt also designed the incredible building that houses the Dallas Museum of Art. Discovering this made my day and even my week! Who would have known we had another mothernist in the list of what I call Mod Artists of the Rio Grande Valley of Texas.

And to wrap up this post, I learned that DeWitt did not design the East Wing of the White House but was part of the team who worked on the revitalization of various Capitol buildings in Washington, D.C. along with architects Alfred Poor and Jesse M. Shelton. They were responsible for the extension of the U.S. Capitol building’s east front in 1962 and west front 1964-1987 restoration of the old Senate and Supreme Court chambers both in 1965. Much more on our next blog post. 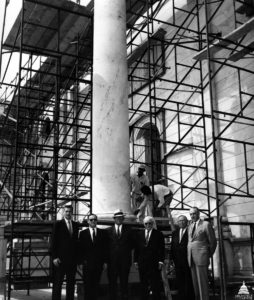 I dedicate this post to my beautiful mom who passed away 5 months ago and who taught me all things Neiman Marcus. I miss her so much. 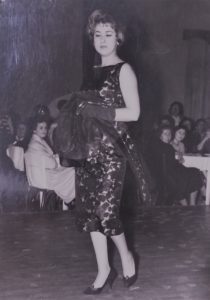