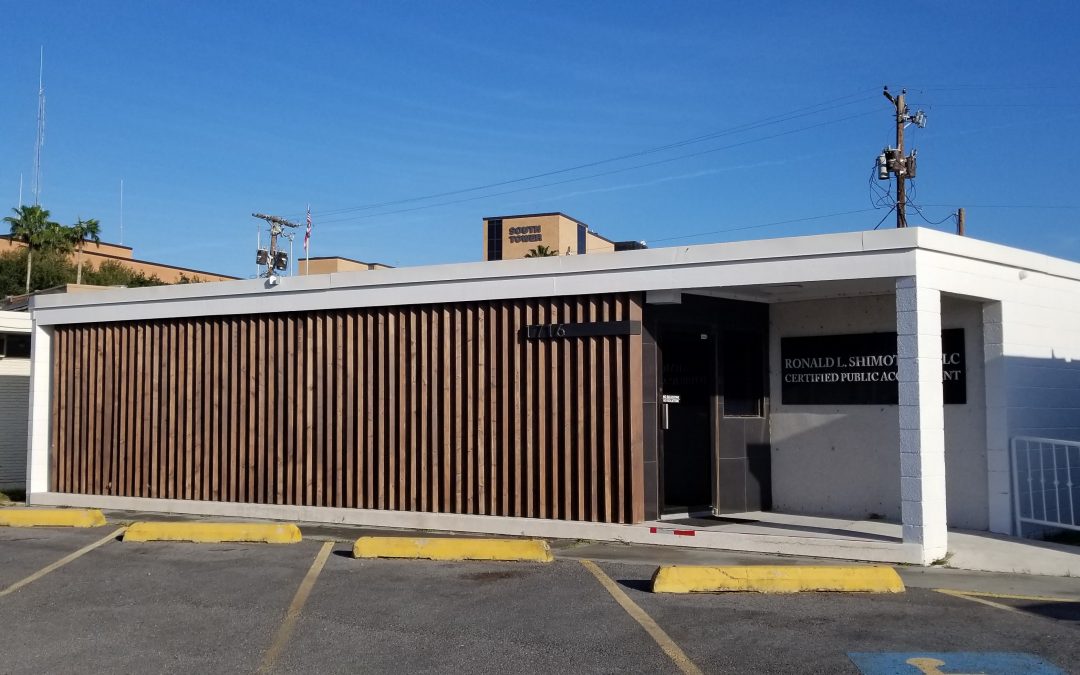 1716 S Ed Carey, Harlingen TX:  Alan Taniguchi design.  This beauty had been essentially ensconced in haphazard construction. It received a vertical wood brise-soleil that mimics the original front facade which was a clever series of vertical angled timbers with glass infill between them.  The building stands refreshed as a testament to the genius of Harlingen’s mid-century modern masters.