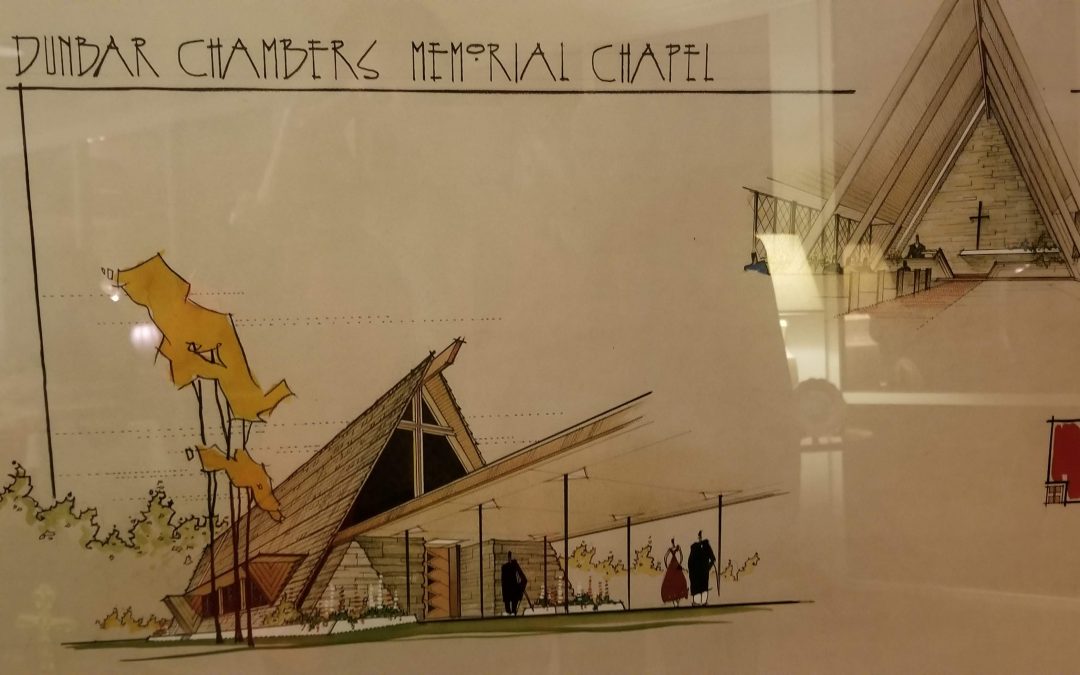 We recently had the great opportunity of visiting this rarely seen chapel in Houston during Houston Mod’s Christmas party. The building is well preserved and maintains all of its original design and features.

The Dunbar Chambers Memorial Chapel, designed by MacKie & Kamrath is located on the campus of Holly Hall Retirement Community. Surely the most diminutive of MacKie & Kamrath’s extant ecclesiastical projects, this chapel has been well-maintained and stands with its remarkable array of original features largely intact. By incorporating with absolute success the principals of Frank Lloyd Wright’s Organic architecture, it excellently represents the direct expression of that vocabulary for which the firm is known.

The firm of MacKie & Kamrath was established in 1937 by fellow University of Texas alumnus Karl Kamrath and Frederick James MacKie, Jr. Between 1937 and 1942 the firm worked in a variety of styles but Kamrath, the designer, was drawn to modern architecture. Later in the 1940s after meeting Frank Lloyd Wright, MacKie & Kamrath shifted towards a modernist style that shaped their legacy in Houston. Kamrath had an opportunity to meet Frank Lloyd Wright when he visited Taliesin, Wright’s house and studio in Spring Green, Wisconsin. This encounter had a profound effect on Kamrath’s architectural designs as he committed himself to creating organic architecture following Wright’s Usonian principles. MacKie and Kamrath were among the first Houston architects to design modernist buildings. During the late 1940s until the early 1960s, MacKie & Kamrath were Houston’s best-known modern architects and their work was published frequently in the national architectural press.

The chapel is pending Landmark Designation by the City of Houston.